Many questions ran through my mind: "Where am I going to spend the night? How will I get to school tomorrow? Why did I agree to come to this far away school?"

I was fifteen years old, stuck in the middle of nowhere. It was a village called Bachuo-ntai, located in South West Province, Cameroon, a place I had never been. This is the story of how I ended up there.

I had passed the exams required to gain admission into high school and now was on my way to the most prestigious girls’ school in the country. I didn’t want to go to boarding school. But my mother, a nurse with a busy schedule, said this was not up for negotiation.

The journey would not be an easy one.

I was with a childhood friend who had been attending the school for the past five years. We boarded a bus from my hometown and traveled for about three hours to a city called Kumba.

The ride was a bumpy one as the road was untarred, muddy, and very slippery. The driver lost control of the bus at some point and it began to fishtail. He paid some villagers to support the bus as he slowly drove through the mud.

We stopped at Bachuo-Ntai, where this story began and everyone started getting off the bus. My friend said that the driver probably wanted us to stretch our legs and get some fresh air.

The smell of eru, my favourite and the traditional meal of the people from this area filled the air and I bought a plate. I could hear music playing from a distance as I looked and saw a few houses sparsely constructed.

About an hour later, I noticed my friends having a conversation with the driver. I moved closer to find out why they all looked so worried. The driver explained that we would not make it to school tonight. And it was already getting dark.

“There is a big hole in the middle of the road ahead, I won’t be able to make it past that area,” he said.

“How do we do that? There are so few houses and no hotels.”

“We are going to ask a villager if we can stay with them,” she said confidently.

Many questions ran through my mind: “Where am I going to spend the night? How will I get to school tomorrow? Why did I agree to come to this far away school?” The thought of my heavy trunk suddenly distracted me as I was now worried about who would carry it from one place to another.

Then we saw a car approaching from the distance, an old Toyota Carina. The driver was willing to take us to school for double the regular price. We agreed because we had no choice. Some villagers helped us place our trunks on top of the vehicle.

By now my trunk was twice as heavy compared to when I left home. Between loading and offloading my trunk from bus to bus, my blanket and bedsheets were soaked in mud.

Finally, I saw a little light. As we drove closer I realized it was the signboard of my new school shining brightly in the dark. I smiled as I read: “Welcome to Queen of the Rosary College, a place for future queens.”

What a way to welcome students to school!

In an instant I forgot about all the struggles and frustrations of the day and looked forward to studying at the college for future queens.

I guess Mum was right, as usual. 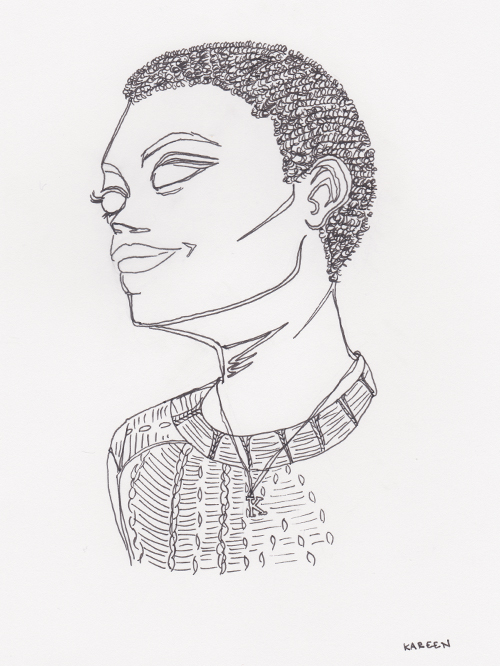 Kareen migrated to Canada in February 2018 from Cameroon, a beautiful country in West Africa. She is a Marketing professional and hopes to tell stories on youtube someday.