I generally write two ways, in long hand and on my laptop. I take notes during my day, a snippet of a conversation, an image I see in my travels. I live in a rural remote community where the act of writing is not always seen, even less, understood. I take the notebook and at the end of the day, I transfer those notes to laptop. Sometimes, I edit during this transfer but mostly, I just try to fill a page and close the file for another day. Because my job involves travelling to small communities every second week or so, I’ve learned to make use of the solace of an empty hotel room.

About six years ago, I made a decision to begin submitting to literary magazines, publisher contests and other critically vetted sites. I joined a writers group, based mainly in the city, and then formed one based north of 53°. I found my voice needed to stretch between these two different spaces.

When I first started writing seriously, I had books, art, photographs, memorabilia and other sources of inspiration around my desk. That is less important to me now but when a new travel or book captures me, some element of it is often nearby.

The desk I write at is in a small room off the entrance to our house. We live on the bank of the Nelson River in north central Manitoba and an occasional view out the window is often the best pause for me. 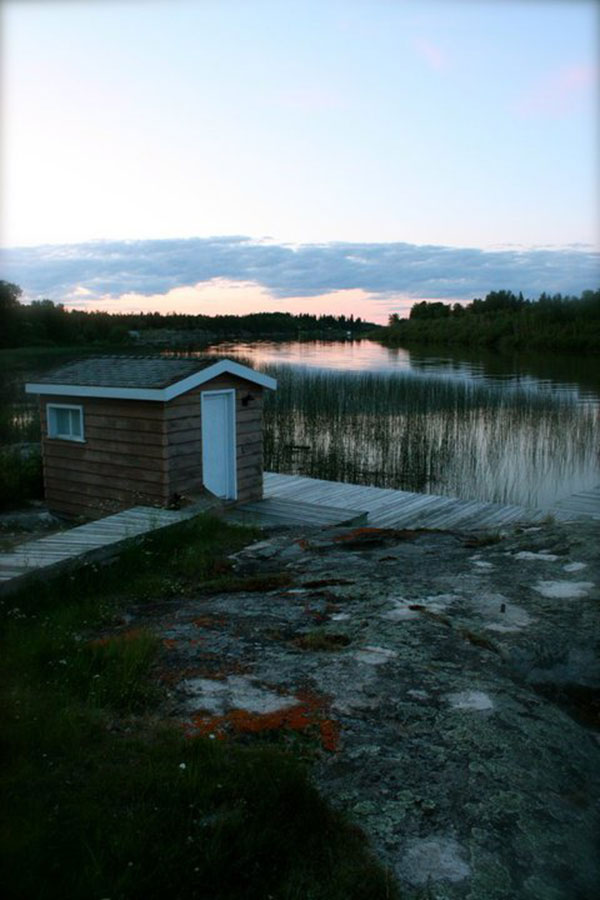