“Light Touches” started with a prompt. I love writing to prompts because, first of all, it lessens the terrible white-page fear of “what am I going to write?”. Second, I’m often surprised by how prompted pieces curl around to become about something different, how they surprise me. The prompt was from Natalie Goldberg’s Writing Down the Bones, possibly the most helpful book on writing I’ve discovered so far. This piece was just a writing exercise at first, and I wrote it as prose because it was the fastest way to get it down (somehow writing a paragraph is faster than writing a stanza, possibly because the stanza insists on fewer words).

The way I do it, I write longhand, journalling and exercises and poems and everything else, in a spiral notebook with a blue pen. When I’ve filled up the notebook I sit at the computer and type in anything that seems to have some merit, and then I edit those pieces. When I was at the computer with this exercise I decided it might be a poem, tried rewriting it in lines and stanzas, and it completely seized up on me. It didn’t want to be that kind of poem, so I left it as a prose poem and it stopped fighting me. I say that as if it was easy, but actually it involved a lot of anxiety on my part, as I’d never written a prose poem before. There had to be something about it that made it a poem, and not “just” prose, and it took me a while to figure that out. Then it was a matter of cutting out what wasn’t necessary, to find the shape of it, and then refining so that it fit that shape. 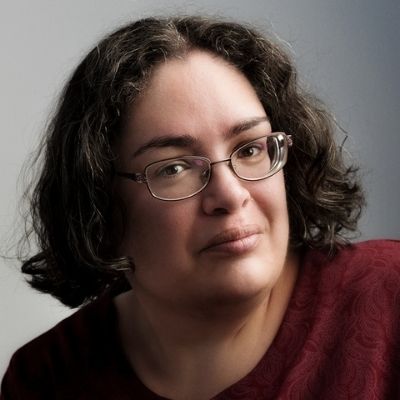 Kelsey Andrews writes poetry and short fiction. She lives on Vancouver Island and loves, in no particular order, the moon, crows, getting a line exactly right after many drafts, and chocolate. Recently published in Prism, The Dalhousie Review, and The New Quarterly, her book of poetry, Big Sky Falling, has been accepted for publication by Ronsdale Press.