In contrast to your inability to copy the “makeup secrets of the Byzantine Madonnas,” you touch on your role as muse (and as destroyer of drunken poets, but that’s another matter) in your essay. How much of the muse do you think is actually transferred into the art of the artist, and how much is overlaid fantasy (besides the imagined poses you mention)? Can women ever live up to the image of themselves as muse?

Good questions. I’m not a visual artist but I’ve looked at a lot of art over the years and have been very moved by images of women, most recently when I saw a number of fetishes from the Cucuteni-Trypillian culture, based in the Carpathian mountains, and dating from around 5000 B.C.–2500 B.C. The figures are made of stone, bone, bronze and clay. The clay ones have whorls and lines incised in them, the naked female bodies decorated very ornately. Some archaeologists think that the lines represent tattoos and some think that the act of decorating the clay itself was a sacred ritual. There are lots of theories about the objects but what strikes me is that they are clearly about beauty as much as anything. Beauty has always been celebrated, in all its evolving forms, and probably always idealized as well, though of course the ideals change, transform. The models for those ancient clay figures might be quite surprised to learn that they’re remembered in this way after a life of hard work, raising children, gathering food, etc., but I think they’d also be honoured to know that museums are filled with small perfect images of their bodies.

I don’t think most women ever expect to be muses. Who can predict what body type or facial structure or voice or accomplishments will inspire art? I grew up feeling, as many girls do, that I was all wrong—gawky, too tall, large-breasted when the magazines all featured girls with boyish figures. So it was very startling to realize that some men were attracted to me. At the time they weren’t the ones I hoped would notice me and I know I was uncomfortable with the attention at times (you mention the drunken poet…) but in retrospect, it’s an interesting layer of experience.

This essay is about art history, technique, and early sexual experiences, among other things, and yet it is titled after the arbutus tree. What prompted this decision?

The essay is one of ten that I wrote about trees and memory (the manuscript as a whole will be published as Mnemonic: A Book of Trees by Goose Lane Editions in the fall of 2011). In some of the essays, the relationship between the specific tree and where it leads is quite direct. In this particular one, the connection is perhaps oblique. But I can remember very precisely a moment when I came into our living room where a big window frames an arbutus tree. The old rust-brown bark was peeling back to reveal the new surface, a silky chartreuse, and I suddenly saw the resemblance to a painting of me hung in the room—“A poster girl whose face was underpainted in terre verte (an unctuous earth pigment, taking its green from hydrated oxide of iron), and then left.” The painting had been given to one of my children as a birth gift and I’d never really understood it. But in that moment, I did. What I’d read as provocative, I now saw as unformed, or unfinished. And I realized that the time had come to explore a relationship that had both puzzled and troubled me as a young woman but which I had grown to appreciate as I got older. As I wrote, I came to understand too how entwined my love for the odd inverted natural history of the arbutus tree is with my sense of myself as person rooted in the rocky soil of my past. And I also learned that many of us are always looking for models, sometimes in unlikely places—in my case the serene almond-eyed madonnas that haunted me for a few weeks in the churches of Venice.

Having written poetry and novels as well as personal essays and a memoir, is it more challenging to write about personal topics or fiction and why? How is the process different? How does the subject matter influence the form?

I’m never sure when beginning a piece of writing quite what shape it will take. An idea comes or an image or a memory: eventually after thinking about it for a time, I figure out what I can do with it or what’s required of me. For all the writing I do, I tend to research voraciously though not methodically. (My historian son calls me a magpie—one bright object after another… But in the process of reading about something, I discover something else, and then another thing. And somehow they all fit together.) For the essays about trees, I wanted to weave together some threads that have always occupied me—natural history, memory, personal and family history, and also cultural history. The essay seemed the most congenial and capacious for this.

I never really intended to write novels but I’ve found that if there’s not enough of a personal connection to the material I’m attracted to, then sometimes I find that a fictional voice allows me a kind of entrance. A fragment of story might stay in my consciousness, wanting to be noticed; or a place speaks so clearly about its past, its historical moment, that I want to immerse myself in the complexity of its particular narrative and characters.

What are your thoughts on writing contests? 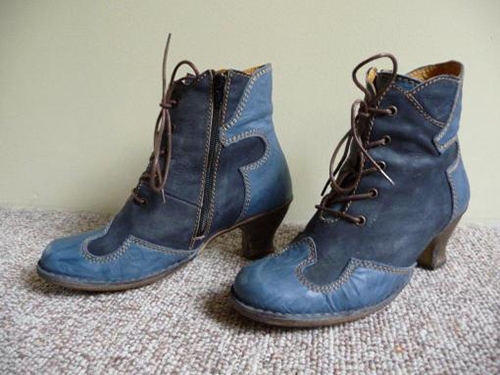 I’ve only entered two or three contests in my life but when I saw the details of the Edna Staebler Personal Essay Contest, several things sort of called out to me. First, I like The New Quarterly a lot. There’s always intriguing work in it. So it was a good way to subscribe to the magazine and support it. I admired Edna Staebler so a contest with her name on it was an attraction too. And the contest rules said that there was no length restriction. My essay is quite long and so many magazines will only consider shorter pieces. I was delighted to win and will confess that I was in Amsterdam when the issue came out. A pair of boots in a nifty shop caught my eye. My friend said, What better thing to spend a portion of the prize money on? So thank you for the boots!