Lisa Alward was the winner of the 2016 Peter Hinchcliffe Fiction Award for her story “Old Growth.” This story of an outing to look at real estate, where a wife is asked to give advice on property her ex-husband wishes to purchase in order to fulfill his desire to live off-grid, sparks with energy in the way the characters interact and the complicated feelings they have for each other. “Old Growth” is marked with humour, a simmering drama, and populated with individuals whose thoughts and perspectives are both complex and nuanced. 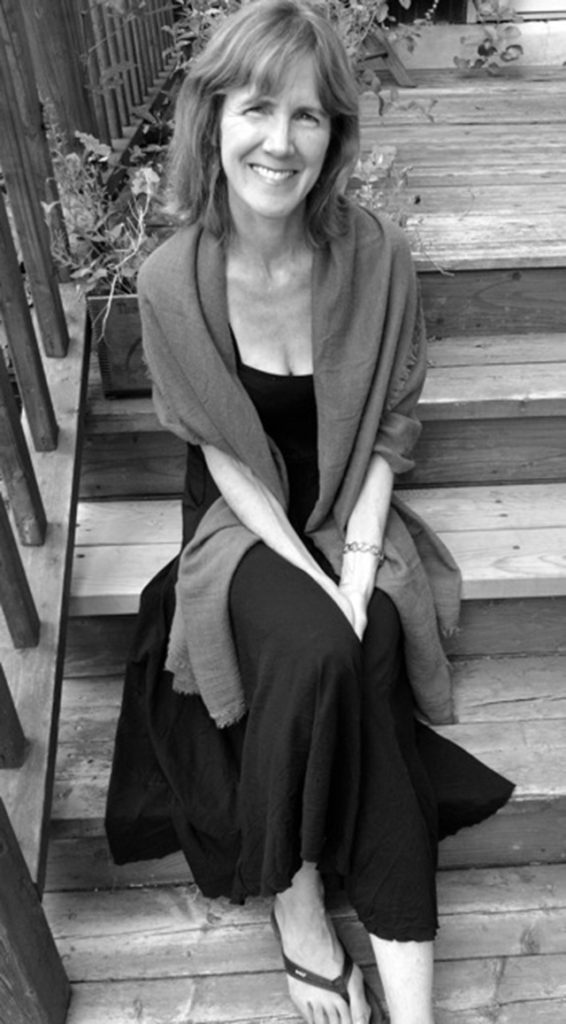 When did you begin writing? Do you have any writing rituals?

I began writing short fiction in 2012, the same year I turned fifty. The backstory to this is that I had always wanted to write, all through my childhood and into my twenties; what got in the way was mostly lack of confidence. Instead of taking a year off to waitress and write stories, as I’d dreamed about doing at U of T, I opted for the safer route of an MA, moving in 1984 to England (where I suffered through an unhappy love affair and cobbled together a thesis on Virginia Woolf that I wasn’t very proud of) and afterwards hightailing it back to Toronto and taking the first job in book publishing I could find. For about twenty years, I juggled freelance contracts with looking after my three children and did no real creative work, so starting to write again in my fifties was frightening, even mildly embarrassing (what if I was no good?). But thanks to encouragement from my family and friends, as well as two fantastic writers-in-residence at UNB, Sue Sinclair and Jeramy Dodds, I stuck with it this time.

I don’t think of myself as a terribly disciplined writer. I always intend to write when I first get up but usually go at it in fits and starts throughout the day, often when I should be doing something else, like making dinner or marking student essays or having a conversation. Writing has become such an utterly distracting activity that I sometimes wonder if I should try to cut back (the irony in this after all these years is not lost on me). I will work happily almost anywhere, as long as I have my MacBook Air—my favourite spot being a comfy chair in my living room with the Air propped on a lap desk. I try to read at least one story a day that inspires me. I also keep separate notebooks, for people, places, memories, and dreams, and since my best ideas seem to occur to me while out walking or in the Superstore checkout line, a tiny one for all of these.

What authors do you like to read? What book or books have had a strong influence on you or your writing?

As a reader, and likely as a writer as well, the books that have influenced me the most are nineteenth- and early-twentieth-century novels and fairytales (especially the tales of Hans Christian Andersen and Oscar Wilde). My taste definitely runs toward realistic fiction, and the stories that stay with me are usually ones that use carefully chosen detail to express emotion in surprising and moving ways. I’m also drawn to stories that summarize masterfully, either through a compelling narrator (two stories that come to mind are George Saunders’ “Mother’s Day” and Zadie Smith’s “Two Men Arrive in a Village”) or a skillful handling of what Joan Silber, in her wonderful book The Art of Time in Fiction, calls “long time”—a complete life distilled into ten or twelve pages (likely the fairytale influence). My favourite contemporary short story writer is probably Britain’s Tessa Hadley. I also admire the work of Alice Munro, Mavis Gallant, and Flannery O’Connor, and have read fabulous stories recently by Junot Diaz, Jhumpa Lahiri, Elizabeth Strout, Tim Parks, Lily Tuck, Diane Cook, Jess Walter, Robert Drewe, Alix Ohlin, Mona Awad, and Nadia Bozak, as well as TNQ contributors Kathy Page and K.D. Miller.

What attracts you to the short fiction genre?

On driving trips when I was a child, I always wished I could fly into other people’s houses, that my father would at least slow down enough so that I could peer through their windows. I still remember a woman in a flowered housedress standing on the front stoop of a tiny house in rural Nova Scotia and my longing at seven or eight to get inside her head, or at least her front door. Short stories, for me, fulfill that desire to see into someone else’s world. In a novel, you practically become a houseguest. By the end, you know so much about the characters and how they live that you could make yourself a bowl of cereal or toss in a load of laundry. What makes a short story so exciting is how little time you have, and the writer has, to explore. Instead of a houseguest, you’re more like a trespasser, or a sleepwalker stumbling in. Nadine Gordimer once wrote that short story writers see by the flash of fireflies. There’s an urgency to stories, a sense of time passing all too quickly: every word, every small detail counts, creating this highly charged atmosphere in which you become hyper aware of everything around you and what it might mean. I love that sense of urgency, and what it can reveal.

What drew you to write this story?

Three summers ago, I visited Cortes Island, one of the Discovery Islands off the coast of BC, with a close woman friend and a man I’d met years ago at U of T. The man was hoping to buy a piece of land so that he could go off-grid, and the three of us actually did hike through an old-growth forest to an unfinished house-for-sale very much like the one described in my story. He also happened to mention that his ex-wife had offered him some money toward the purchase, which struck me as curious since I knew they’d had a hard marriage. At the time, several of my friends were struggling with the aftermath of divorces. This got me thinking about connection and shared history and whether these things are as easy to sever as we like to think, and from these seeds a title, “Old Growth,” and a situation took root. What if my university friend had gone to see this land not with us but with his ex-wife? What would she have felt and remembered?

Another seed for the story, though this didn’t strike me until after I’d written it, was Alice Munro’s “Cortes Island.” The Munro story, which I read in my thirties and promptly forgot about, only to rediscover shortly before visiting the island, is also a marriage story, though a much darker one than mine, drawing on an older, wilder Cortes—the Cortes of the early homesteaders, of spontaneous forest fires and log cabins reachable only by boat. I didn’t set out to write my own Cortes story, but I can see now that in a sense I did just that.

What themes were you interested in exploring in this story?

I don’t tend to think in terms of themes, at least at the beginning. The thing that niggles away at me is almost always an image. For “Old Growth,” that image was three people looking at a sawed-up tree in an old-growth forest, which suggested the title and a metaphor for a certain kind of marriage. Fictional ideas for me, I guess, are intertwined with patterns of imagery. “Old Growth,” for example, is full of trees and things made of wood and similes for growth. Even the characters’ names are sort of woodsy. Ray has what I think of as a light name. He is all present moment, always moving just out of reach, like one of those elusive rays of sunshine that pierce a forest from above. Gwyneth (“Old Gwyneth,” as a friend dubbed her), on the other hand, has a heavier, more complicated, forest-floor kind of name because she’s the one who carries, or seems at least to carry, the burden of marital memory. Figuring out the pattern of imagery is one of my first tasks in developing a new story; indeed, there’s really no story until I know the pattern. But imagery is still just a point of entry, a way to move into the material and explore. What I love about writing fiction is how the material almost always takes you somewhere you weren’t expecting to go.

As an emerging writer can you comment on the experience of winning the Peter Hinchcliffe Short Fiction Award?

Winning a literary contest, especially when you’re just starting to send out your work, is incredibly validating. That another writer, or as in the case of The New Quarterly a panel of writers and editors, would choose your story out of two or three or four hundred others makes up for a lot of rejection emails! The Peter Hinchcliffe Short Fiction Award, moreover, is special in that it is actually geared toward emerging writers, while TNQ is one of Canada’s most welcoming and nurturing journals (it reminds me of Glimmer Train in the States, another mostly female-run journal with a very friendly vibe). I can’t say enough good things about this whole experience. Pamela and the other TNQ editors have been enthusiastic and supportive all the way along. Reading from my winning story on the opening night of the Wild Writers Festival (my first public reading) was wonderfully exciting, and that weekend I felt embraced for the first time into a community of writers and readers. (My Wild Writers “author” nametag sits on my office windowsill as a happy reminder.) I’ve also really appreciated TNQ’s efforts to publicize and celebrate “Old Growth” online, through its website and this blog. Again, there’s just this lovely sense of community—that we’re all in this writing thing together.