It is the fall of 2021 and, like many people, I am experiencing a pretty bad depressive episode. Three books have been helping, three books that acknowledge the dangers of the mind but also the blessed limitations of the dangerous mind—the way even a person who believes they are being eaten alive by their own thoughts is still incarnate, and a part of the world.

In How to Write an Autobiographical Novel, a collection of essays, Alexander Chee explains how the memory of a dream-kiss made him believe himself complicit in the horror and fragmentation of his childhood sexual assault, and how another kiss finally set him on a long and painful course toward reintegration. He asks how a person can go on writing in the shadow of the climate crisis, in the grip of late-stage capitalism, in a country like the United States (or Canada). He examines his relationship with those two all-encompassing symbolic systems, money and the tarot, revealing the engine of fear that often sets these systems to work, but also the richness of the systems themselves, and the possibilities when other forces are marshalled to animate them. It is Chee’s elegant prose, and his talent for using the tools of narrative to ascertain the truths of his own life, that offer solace in these essays. It is in the writing itself that the problem might possibly be solved.

Red Comet, Heather Clark’s massive new biography of Sylvia Plath, sets out to reclaim Plath as an artist, explicitly refusing to read her life through the lens of her suicide. However, if the Ariel poems and The Bell Jar are justly seen as the culmination of Plath’s oeuvre, Clark avoids conflating Plath’s life with her work, taking pains to shed light on those parts of the writer’s life Plath was not able to glimpse, or never gained perspective on. Over and over, Clark emphasizes the fact of Plath’s depression, the fact of the personal and cultural obstacles set up to cripple her, and the fact of Plath’s work in the face of both. Plath’s rejection of New Critical methods as she matured as a poet is an apt metaphor: her life was not a self-contained freak show playing out within what she described as a “glass caul”; Plath’s life only makes sense when examined within the fullness of its social-historical context, her art within the lineage of English literature.

The poems in Jane Kenyon’s collection Otherwise are vehicles for the immense pathos and tenderness of everyday domestic life—a life that in Kenyon’s case was often circumscribed by severe depressions. Kenyon is equally attuned to mundane brutality and sublime beauty as she describes walking her dog, reading Chekhov, missing her husband, trying new medications, tracking the changing season, and observing a man staving off the end of the world by the simple act of eating yogurt in a cafeteria. 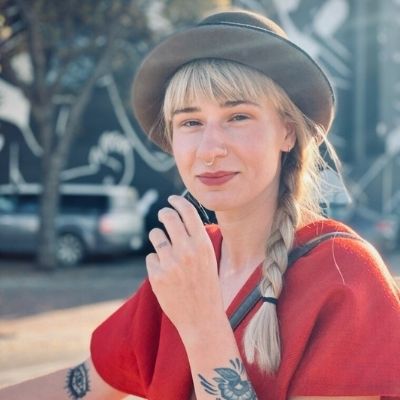 → Lizzie Derksen lives and works on Treaty 6 land in Edmonton, Alberta, Canada. Her story “Mushroom Girl” was runner-up for the 2021 Peter Hinchcliffe Short Fiction Award. Other writing has appeared or is forthcoming in PRISM International, The Antigonish Review, The Sycamore Review, and on CBC Television. Lizzie is, naturally, working on a novel.

Photo by Eberhard Grossgasteiger on Unsplash.