coat of many colours

Standing on that stage, she is wearing a white long-sleeved shirt with a long-beaded necklace—the kind she often wears. I have no idea at the time that I will always remember that detail so vividly.

I am seated at the front of the event hall.

It’s a warm night but my arms are a little cold because my dress does not have sleeves.

The air has the faint scent of flowers.

There are about 200 students seated in the hall in total.

We’re all here for the party that always happens at the end of church summer camp in Port-Harcourt, Nigeria.

There have been several performances by campers over the course of the night.

My mother organized the camp and after getting inspired by one of the performances of the evening, she gets on stage for an impromptu rendition of a Dolly Parton song.

Standing on that stage, she is wearing a white long-sleeved shirt with a long-beaded necklace—the kind she often wears.

I have no idea at the time that I will always remember that detail so vividly.

We don’t talk about a lot of things in our house.

Truth be told, she and I didn’t get along for so much of my childhood that I didn’t think we ever would.

But, things started to change as I got older.

I started to see just how much my mom had sacrificed to give her children a beautiful life.

I saw how many jobs she had taken, how many businesses she had started, how much pain she had endured.

I always knew that my mother more-or-less had to raise herself but I had never heard her complain about it.

The stories she told of how she put herself through school were always told with pride in her achievements and never with disdain for her parents.

She never felt the world owed her anything but somehow, she felt she owed her children everything.

The song is called “Coat of Many Colours.”

My mother starts by saying a few words, to tell us why she’s about to sing it.

From the look in her eye, I can tell there are unsaid reasons why this song means so much to her.

She tells us to treasure the things our parents give us no matter how small because they are always given with love.

She is telling us do what she has done all her life.

She asks some of the other mothers in the room to get up and sing it with her so they join her.

As my mother sings she looks at us, at me.

It feels like she’s telling us the words of the song more than actually singing it.

I think she has always felt sad that she could not give her children more, even though she has given us much more than anyone ever gave her.

As I watch her sing, goosebumps start to form along my exposed arms.

I know the air is chilly because of the air conditioners but I know that these goosebumps are different.

Because for the first time, I’ve realized that I cannot imagine what it must feel like to love another human being as much as my mother loves me.

She probably doesn’t, because we never talk about things like that. 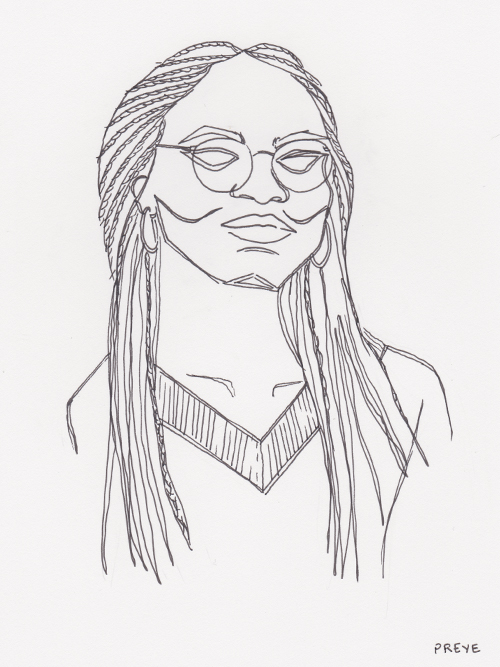 Preye is an international student from Nigeria who recently graduated with her Bachelor’s degree in Psychology. She has always loved writing and found the opportunity to connect with other immigrant women like her through this workshop truly invaluable. Writing about her life and past experiences allows her to view them through a very unique lens. She learned a great deal about herself and for that, she is truly grateful.