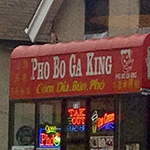 Since I write on computers, I don’t tend to have physical byproducts of process, but for one of the poems in this issue of TNQ, I have a photo of the moment I am describing. A terrible, grainy photo that even K.I.T.T. couldn’t enhance enough. The poem does the job though, I hope.

At the level of poem, I can move things in my head or on screen. Thirty years into writing seriously, edits happen quickly. I need paper to edit at the unit of book for marking out gaps, redundancies, or ill-fits. Since the poems in this spring issue are from the forthcoming book footlights (Radiant, 2020), there were hardcopy scribblings, but the papers from those edits were recycled almost a year ago.

The poems “waiting for menus” and “adaptive” are at the same end of the editing spectrum. Unlike some poems that I tinker with, or assemble from bits over a year or two, (or eight or ten years), these, like my most affecting poems, came out in a rush. They were nearly in their final form for words and order, only needing lineation to control density and speed. The poems that are like pulling teeth are necessary too because they teach how to write and how to work things out. They are the groping that make the laying of hands on things easier later.

The moment for “waiting for menus” was October 28, 2018. I only had to transcribe at the window side table. It took longer to narrate than it did to occur. It was like an enacted poem staged for me. It is purely autobiographical from Chinatown Ottawa. The scene felt as perfect as using an animated gif as a metaphor for injustice.

Most of the wording is the same as the first draft. I added a phrase, or word here and there, and moved a couple phrases for clarity and impact. Initially, for example, I used a pronoun, not mentioning until much later it’s a pigeon we’re talking about. I had to confirm I was right about the hawk species, but it looked like the same hawk as coincidentally reported just earlier in the week in Ottawa Field Naturalists.

I added line breaks to slow the pace but it largely flew into my hands fully formed.

In contrast, the origins of “adaptive” came from pondering. It was an attempt to comfort a friend who was hurting from suddenness of divorce in 2018. It showed me the use of poems when linear words feel helpless. 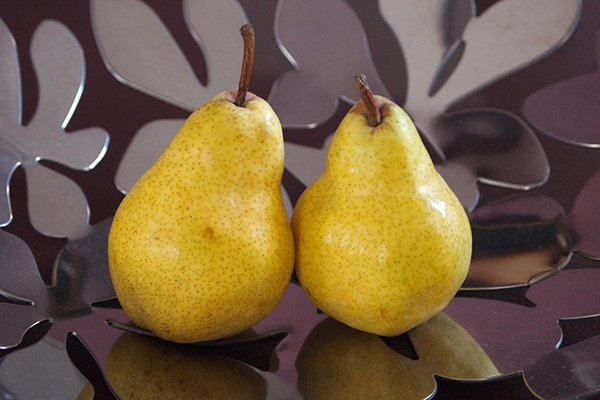 Normally, all my first drafts are saved in files titled as year-month-drafts, but May of that year is missing. I remember I started with what is now the first couplet and the image of swaddling pears and the question of where to go from there. What happens to fruit when it gets soft? How do they get injured? What purpose does it serve?

The first idea was of protecting people in softness, a tender achy mood of empathy. I needed to say: it gets better. Right or wrong, probably wrongly, I proposed the idea of injury as causing productive growth, even if the hurt doesn’t feel appreciated at the time. (I wince now.)

It’s a bit harder to track genesis, beyond the problem of a missing file. I was ruminating around bruised long grass, and healing. It being a few months since my concussion and the brain and body still being far off normal running, injury and healing were touchstones. When is injury too much injury to recover from? What is injury vs. life force? Bruise was my personal trope word for 2018 with an uptick in Sept 2016 too. For example, “heritage varieties of tomatoes that a breath could bruise.” (I think that stemmed from when I broke a few ribs dropping 2x4s on them when I tripped. )

Digesting the idea of helplessness of being left and the ephemerality it represents may have started to be expressed within my haiku:

It is in the same orchard as a series of haiku where I turned over the idea of people in domestic violence, eating around the fruit’s bruises. Or such as the one that came out in my haiku series published in Not Quite Dawn (Éditions des petits nuages, March 2020)

eating the apple
and its bruises—
she won’t leave him

I have a soft spot for haiku, naturally after decades doing them. These came into play as tools for understanding a pain in life. As I edited “adaptive”, I realized how the analogies were failing, so I broke the fourth wall to admit as much. I tried to commiserate about all the helpers with unsolicited advice, and reassure. I wanted to point a spotlight on the idea of choice: to sink into the hurt, or move beyond.

Speaking of moving beyond, I’ve tended to avoid novels but over the last 3 years have been reading a lot of them and attempting to write one. I still default to poetry, various sub-genres of, but I explore all genres (poetry, fiction, short stories, nonfiction, visual art, photography).

I love making poems in couplets and triplets. I guess I’ve been at that a while. Vertigoheel for the Dilly (above/ground, 2014) was playing with bastard ghazals. These poems in TNQ also embrace my love of couplets. Couplets don’t tumble forward like triplets, but force a slower pacing without the closure and authority of quatrains or the sense of one gush of narrative like a single stanza poem. They encourage you to take it one piece at a time in small chunks which is something of my approach to life since the concussion, switch from urban to rural and greater focus on health. 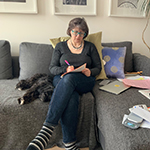