Mommy's Phobia:
A Night of Terror and Fear

Suddenly we heard Mom shriek: “I’ve been bit!” All of us rushed to her side to inspect the bitten hand. A tiny almost microscopic hole was visible near her knuckles.

“Quick! Let’s get you settled in the lodge before sunset,” commanded Mom.

The sun was about two feet above the lake. I saw some bats flying above the tourist lodge.

Luangwa National Park in Zambia is renowned for its rich diversity of wildlife. Along with ferocious exotic animals, the territory is notorious for the tsetse fly. A bite from a tsetse fly causes a slow-motion death. I was in a state of mixed emotions. On one side was the lure of the panoramic lake. On the other was fear of the wilderness.

But Mom was just plain terrified. I guess there were too many “what ifs” swimming through her high functioning brain.

“Relax, Mom,” I said, smiling to reassure her. But my three brothers, aged thirteen, eight, and four, were in the mood to explore. They shook off her grip and ran towards the flimsy fence separating the land from the lake.

My mom had a tendency to imagine the worst, so she was already physically and emotionally exhausted. Somehow, she managed to get the four of us and our father to march into the safety of the lodge.

After a head count, she ensured the door was properly bolted and the curtains drawn.

“Why does it smell like a hospital in here?” I asked.

“Because I sprayed pesticide!” snapped Mom.

I wasn’t allowed to open the window. So, I got busy reading a book. Soon everyone seemed to have settled in.

All of us rushed to her side to inspect the bitten hand. A tiny almost microscopic hole was visible near her knuckles.

Just then Dad furiously sprayed pesticide into the air and around the window. A moment later, a fly dropped down in a semi-dead state on the floor. Very carefully, without touching the bug, he slid it into a tablespoon.

To me the insect looked like an albino version of the common housefly.

My dad, who had begun reading a guidebook on deadly bugs looked worried. My parents exchanged anxious looks followed by silence. Until my mother could contain it no longer. “I’ve bit by the tsetse fly!” she wailed and began to weep.

By this time it was dark. The forest rangers had warned us not to step out of the lodge at night: “Doing so would mean exposure to predatory beasts.”

There were still eight hours to daylight and the nearest clinic was a five-hour drive through dense bush.

My mother was weeping hysterically, sometimes mumbling words I couldn’t make out.

After a long time the traces of daylight began to appear and we set out for the clinic, carrying the insect corpse in the spoon.

At the clinic, the doctor observed the bite mark, which was now almost invisible. Then he shifted his attention to the bug. We waited breathlessly while he examined it.

Despite the diagnosis mom was an insomniac for an entire week. 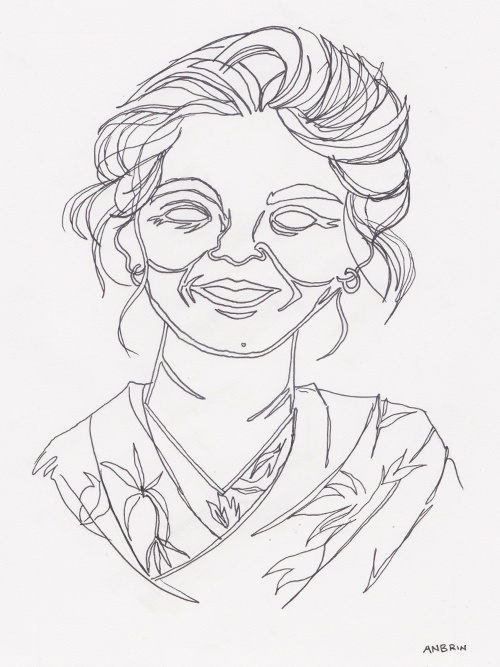 Anbrin migrated to Canada from Pakistan with a family of 5 in 2005. She completed her university education as a botanist from Punjab University but decided to pursue teaching. In Canada, she has worked and volunteered in various charitable organizations. Her early life experiences place her in the category of an ‘third culture individual’ hence a love for writing developed.