I was ten years old and sitting on the floor in my aunt’s bedroom. She lived alone in a small house in Bogatic, a small town in Serbia. The house had only two rooms: a kitchen where my aunt spent most of her time, including when she slept, and a big room with a big bed, an old wardrobe and a standing mirror.

This summer day that I am remembering was hot. The windows were open to let the breeze in.  I could hear my aunt in the kitchen making supper: her knife tapping against the cutting board, the gurgling sounds of steaming pots, and folk music playing on the radio.

My aunt was singing and from time to time, she would swear in a low voice.

Inside this tin box was my treasure, a bundle of black and white photographs.

I opened the box and lifted out a photo of my aunt and her two daughters. They were dressed entirely in black dresses with black scarves. When I asked, my aunt told me that the picture was taken after my grandmother’s funeral. She had died from sorrow, two years after her son—an uncle I had never met—was killed by lightning.

My mind moved beyond the boundaries of the picture.

I saw my uncle, nineteen years young, tall and handsome, with his friend at the soccer game. He was holding a small radio in his hand. The sky was blue. Out of nowhere a bolt of lightning struck him.

I hated that picture and I put it on the bottom of the pile.

I heard a bang come from the kitchen. My aunt’s subsequent swearing brought me back to the room. After she yelled “I am ok!” I went back to shuffling through the photos.

The next photograph I picked up was a picture of me. I was a year old, sitting on the blanket in the shade of the tall, maple tree in our backyard in my hometown Loznica. My white dress was spread all around me and I looked like a big, Italian doll. My family spent many summers in that yard, sitting around the garden table laughing and enjoying the warm weather.

The tin box with the photos disappeared with her. But in my mind I can still see every one of the photos. Sometimes they are intertwined with other images, images that never existed as photographs.

One of these images is of my aunt and me, hugging, the year I came back from Canada for a visit after four years away. Both of us were much older than in the pictures from my childhood but we had the same beaming smiles full of affection and love.

And there is another image in my mind. This one is of my family, my husband and children and a beautiful sunny day in Canada. As beautiful as any picture I have ever seen. 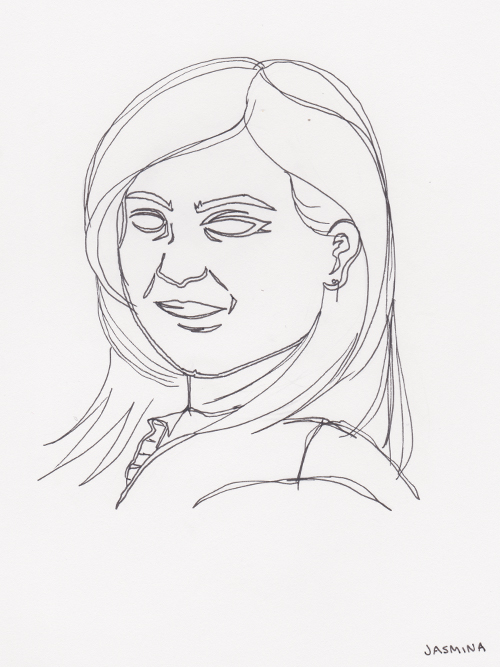 Jasmina was born in the small town of Loznica, Serbia. She graduated from the University of Belgrade in 1991 with a Bachelor’s degree in pharmacy. In 1999, after a series of wars led to economic devastation in her home country, she emigrated to Canada with her family. She is married with three children and today works as a pharmacy manager in Kitchener, Ontario.