We had the pleasure of introducing Julie at the opening of the 2016 Wild Writers Festival, where she read from her essay.

You can read it here, and in TNQ #140: In Appreciation of Our Spots. 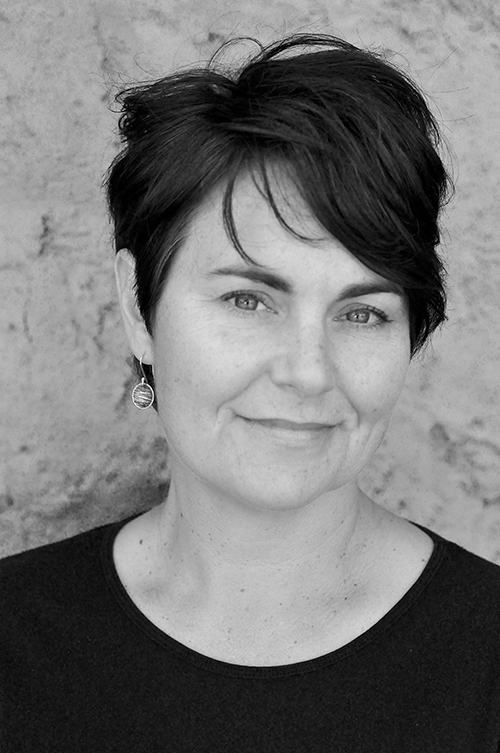 Julie, tell us about the backstory—where and how this piece began; how did the complexities behind this work assume the form of an essay rather than, say, that of poetry or fiction?

I have early versions of this essay saved as “I See You,” alongside a file called “Hair Products,” in which my daughter and I listed the varieties of hair products she’s used over the years. It’s a long list. But I think the notion of seeing someone for who they truly are—the beauty and the challenge of that—is where this essay began. Whether this is actually possible is something I’ll perhaps explore in a future essay.

But when it began? Family Day, February 2016. Largely due to Beyoncé.

The beauty of CNF is that it can hold anything; it’s truly the wild west, the galaxy, the biggest Tupperware container in the world. The sub-genre of personal essay is one of my favourite forms, since it’s up close and well, personal, and the fluidity of the form lends itself very well to exploring a number of ideas and questions. This particular essay of mine goes off in a few directions before returning to home base.

I knew I couldn’t limit these ideas to a single poem, even a long one. And I didn’t feel compelled to write fiction, either, but the themes might resurface at some point; in fact, I’m writing a novel now in which the main character, white, marries a black spouse. But theme never works well for me as a starting point for fiction—not on a conscious level, at least. When I try this, my work always ends up clunky, obvious, didactic.

How did you come to writing, and what attracts you to essays? Are there essayists you look to for guidance or inspiration?

I like to say that winning a Royal Canadian Legion Remembrance Day poetry contest got me started down this writing road, way back when I was twelve. I attribute it in part to that feeling I got when I made a woman in the audience cry, after I read my poem about sons not coming home from war. This was my first real taste of the influence words can have—my words. I was already an avid reader, and I lived for the weekly class spelling bees. Growing up Catholic, I was also reminded, after Bible readings, that This is the Word of the Lord. Words equal power. (Another essay about shedding Catholic guilt is in the works).

I moved on to writing back-seat-of-the-bus poetry as a teenager, the kind that holds your angst and hormones, and reading my uncle’s Queen’s University textbooks, notably 20th Century Poetry and Poetics, all the while listening to the lyrics of U2, The Smiths, etc. and reading Alice Munro and Mavis Gallant. CanLit and English classes in Grade Thirteen were pivotal for me, too—and teachers who encouraged the love of words to continue, who introduced me to fine literature, both classic and contemporary. I remember dressing completely in black and lighting candles in a classroom for a presentation on Canadian poets: I chose Joy Kogawa and Margaret Atwood. Oh, the drama!

As far as inspiring essayists go, a few come to mind: Brian Doyle, who writes with such intimacy about his son’s heart, and other hearts, and other topics dear to him. Susan Olding, who explores her own life on the page with honesty and insight that inspires. David Sedaris, for his crazy humour and once again, his willingness to put himself in writing. The Best American Essays series. Phillip Lopate.

One source of essays that I love to share with everyone I know or teach is The Sun magazine, out of North Carolina. From the time I was a teenager and reading this mag in the health food store where I worked, its mix of personal essays, fiction, interviews, and poetry has informed my reading, and thus, my life. Come to think of it, I know another fine Canadian magazine that sounds an awful lot like this…

We’re pleased that you saw The New Quarterly as a potential home for this piece. Please, say more.

I’ve always been a huge fan of The New Quarterly, truly, long before they gave me $1,000! It seems to be one of the most interesting journals in Canada—and beyond. My story “Black Forest” was featured on the TNQ blog years ago, and then, as with this essay, and even through a few rejections, the people at TNQ have been supportive and generous to work with. I highly recommend submitting to this magazine.

I thought my essay might also find a home with TNQ because of the contest description: essays in which the writer is the so-called expert: “in which the writer’s personal engagement with the topic provides the frame or through-line.” I like that word, “engagement.” It speaks to what the form can do.

I tried TNQ, too, because it honours the personal essay form in a way that other contests and calls don’t seem to do. And not having a limiting word count really works well for me. It allowed the piece to simply be as long as it needed to be.

Now that “It Not Only Rises, It Shines” is a prize-winning essay, how has your relationship to it changed? I’m interested in the enduring power of a work—how it resonates with readers, yes, but also how it shapes the writer, has a hold on the creator’s imagination.

A few readers have asked me what my daughter thinks of this essay. Because of the intimate nature of this work, I read it aloud to her before sending it, to get her okay. A little eye-rolling may have been included in her response: “Oh, there’s Mom, doing that thing she does…” But she gave me the thumbs up.

Then, when the essay was accepted, I got nervous; essays are more real than fiction, the genre I most often publish. You can’t seek refuge in made-up lands, pretend people, can’t say Oh, that’s all just nonsense.

Oddly, this wasn’t an essay that saw many eyes before I submitted it. Although I belong to two stellar writing groups, this is a recent work that didn’t make it to them, so its only readers besides my husband and daughter were the TNQ team. That’s not the norm for me! Which only makes having it in print a little more daunting.

Now that it’s in print, do I feel any different? I’ve begun to get some positive feedback about it, and reading at the Wild Writers Festival recently was hugely confirming: people seemed to appreciate it. I received some lovely comments.

But still, I worry. That I’ve portrayed myself as an expert in having a biracial child—although I really tried to push home the polar opposite of that. That I’ve offended. I worry that I’ve completely overlooked a huge idea / concept / situation. But the work is out there now, and like I’m learning to do with my daughter, I need it to have a life of its own. As the Vicomte de Valmont repeats in Dangerous Liaisons, “It’s beyond my control.”

I think I will write more on this theme; in fact, since I wrote this essay I’ve put up a short Facebook piece about Beyoncé and parenting, after my girl gave me her album Lemonade for Mother’s Day. (Really, check it out: the visual album includes poems by Warsan Shire between each video. It’s powerful, important work.) Poems are also likely brewing.

The personal essay form has this amazing unifying ability; it’s like an offering, a hand reaching out in a gesture of connection.

The US election results are just in. Oh, boy. I don’t know of a better thing for people to do than to reach out and tell their stories, their truths, their hopes and fears. Writing CNF, in particular, personal essays, is one way to do this.

Will my essay have an impact? I don’t know. But perhaps it will encourage others to share their own experiences, fears, questions, and allow their voices to be heard. I believe, more than ever, that this is what we need.

Edna Staebler, for whom the eponymous contest was named, was determined to see writers supported. Can we tell Edna’s ghost what plans, if any, you might have for your prize money?

Oh, Edna / Edna’s ghost, I thank you so kindly for your generosity, and I would love to have a cup of tea with you sometime…

There are so many ways to spend such a prize, but fittingly, most of it will go to my daughter’s braces and driving lessons and perhaps some hair products. I might be able to squeeze out a few writing days on a gulf island this winter, too. I am so grateful.