This week in Writing Spaces, we take a look at the working space of J.R. McConvey, author of “Sheepasnörus Rex” in Issue #146.

The giant squid is one of the few species humans haven’t learned to hunt. We know it’s real, but it’s so elusive that we understand very little about it; it exists half in the realm of myth, a being that crosses the boundary between the real and the fantastic. My work is all about the pursuit of an elusive story, trying to coax out that idea or character that plumes in the consciousness like a cloud of ink. So I put a lot of cephalopods on my walls, to inspire the pursuit. I also have plenty of books, for knowledge and energy, some good speakers, a few percussion instruments, a pair of VR goggles, a rocking chair, and a window that connects me to the real world, where I can see the CN Tower poking up, tentacle-like, above the rooftops. 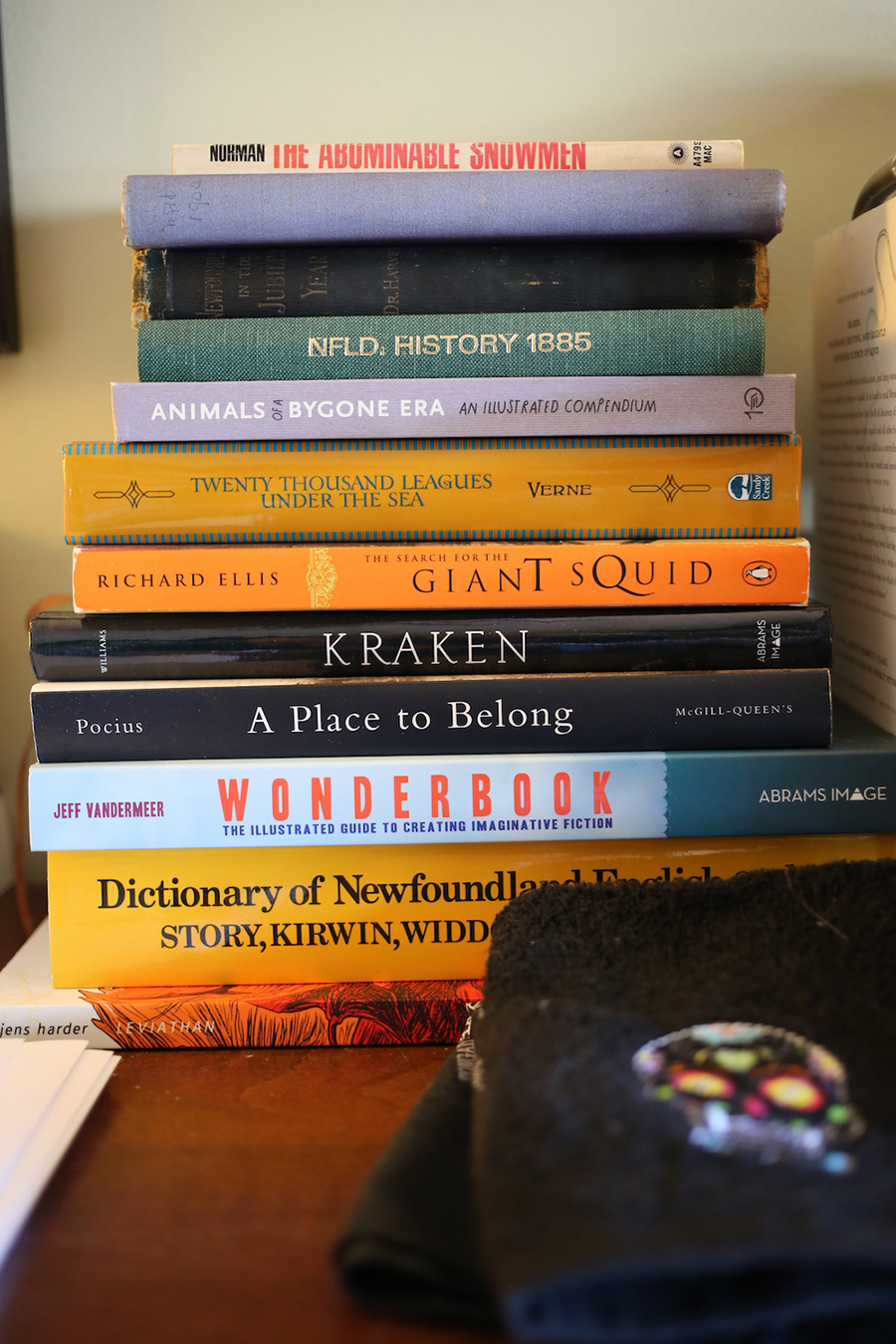 We’re giving you a behind-the-scenes look into the writing process – straight from the desks of our contributors! Check out the full series here.