My writing space is always changing locations, depending on where I am in my life.

When I lived alone, in the basement apartment of a creepy building in Regina, Saskatchewan, I wrote at a round oak table, typing on a computer, usually while my cat, Manna, napped on the warm roof of the I-Mac.

When I moved back to Ontario, I lived in a house with my parents, and my sister, and her son, and her infant daughter, and my brother, and his girlfriend, and her son, an arrangement more crowded than I’d been used to. To escape the chaos, I did my writing at the Mansion House, St. Catharines’ oldest tavern. The interior of the Mansion House is dark. The bar and the walls are made of stained wood, giving off a nautical vibe. The sound of the music, conversations, and the thunk-thunk-thunk of darts hitting the board forced me to focus better than I had before. I wrote over a dozen stories and an entire novel in there.

I write longhand, in a series of notebooks. I don’t mind having to type everything later. I’m fast on the keyboard. It’s also a cheap “first edit”, as you effortlessly tidy up the awkward sentences and inconsistencies as you go along. From sad experience, I know computer drives fail, and files get corrupted, so I like the security of having my work in a tangible form I can return to if the digital goes kablooey.

These days, my writing space is outside, near the small ravine running along the back of my apartment building. Many animals visit in the night. Rabbits routinely check out the garden. A family of four deer come by to eat the bark off a tree. I’ve heard packs of coyotes, but not yet seen them. I’m comfortable with that. 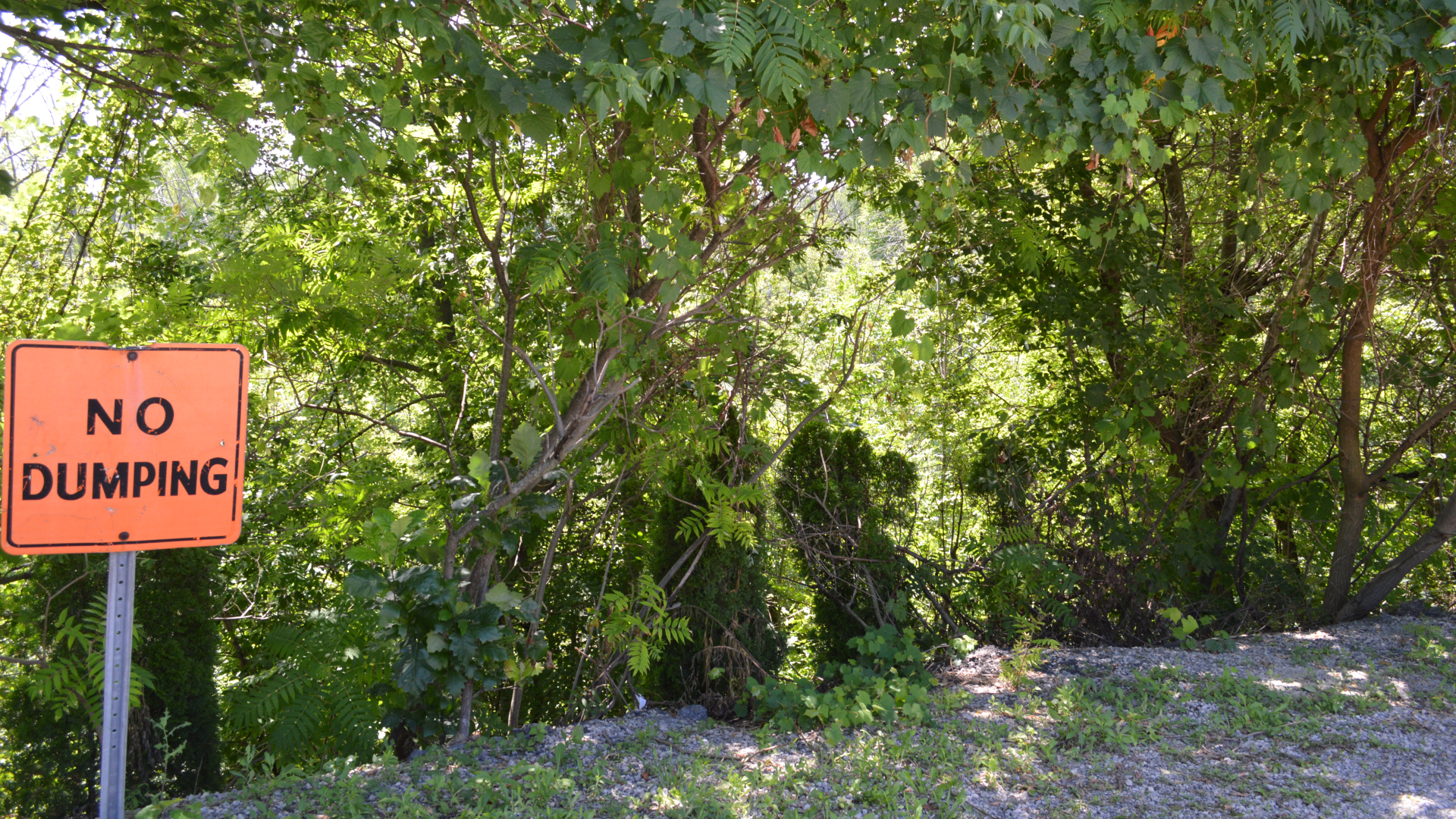 I wrote the first draft of “Coffin Dancing” sitting out there two springs ago, over the course of three days, kept company by my roommate’s beloved Doberman, Doobie. Vicki is a cabinet maker, and since I work from home, she likes knowing someone is keeping an eye on Doobie, making sure she doesn’t get too lonely while her master is at work. 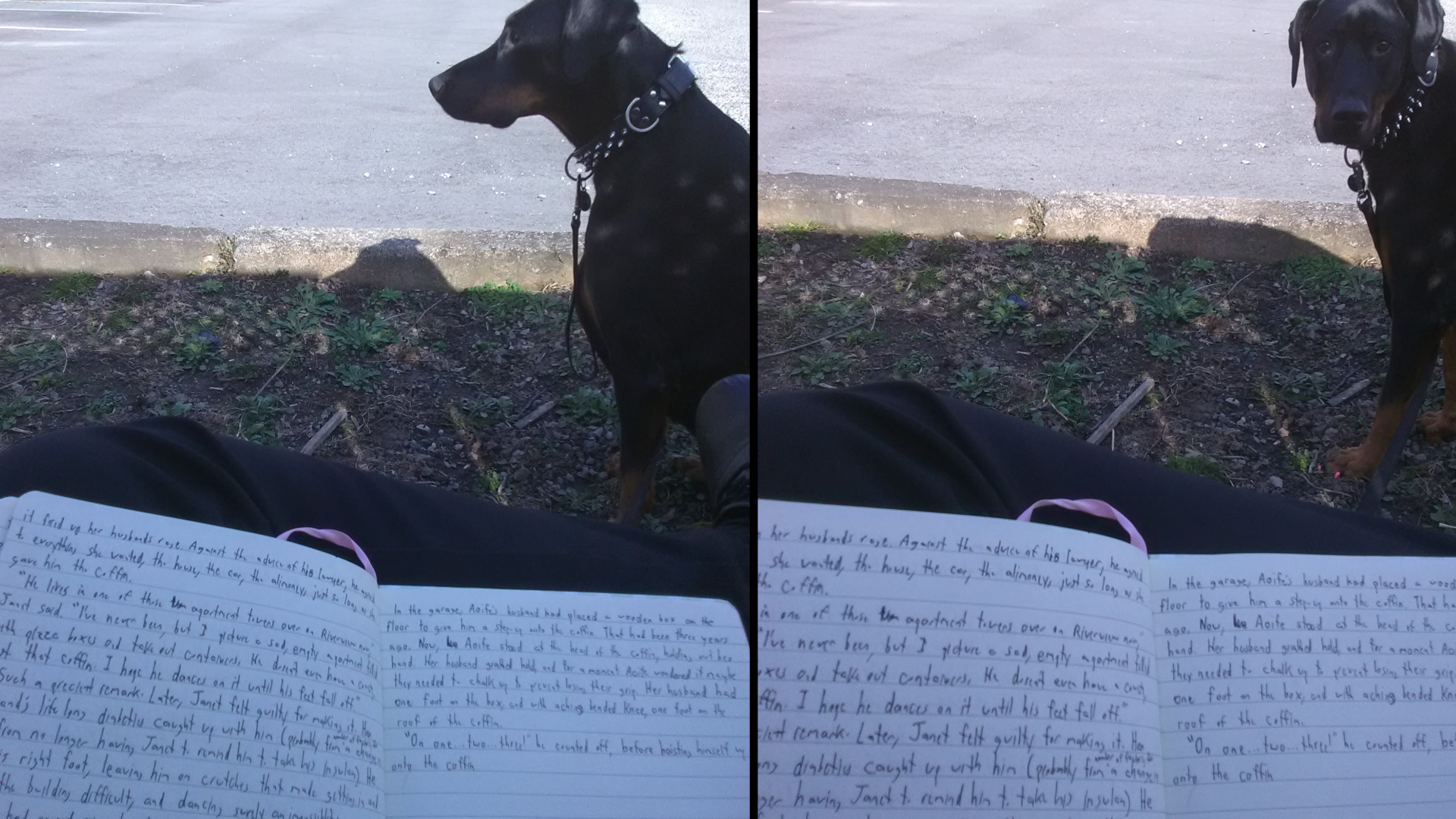 Another regular visitor during the writing of  “Coffin Dancing” was Sammy the cat. He’s a hunter, and leaves the mice and rats he kills at the back door for us. He got a rabbit once, but Vicki and I told one another, “I don’t think that was Sammy. That must have been a neighbour’s cat.” 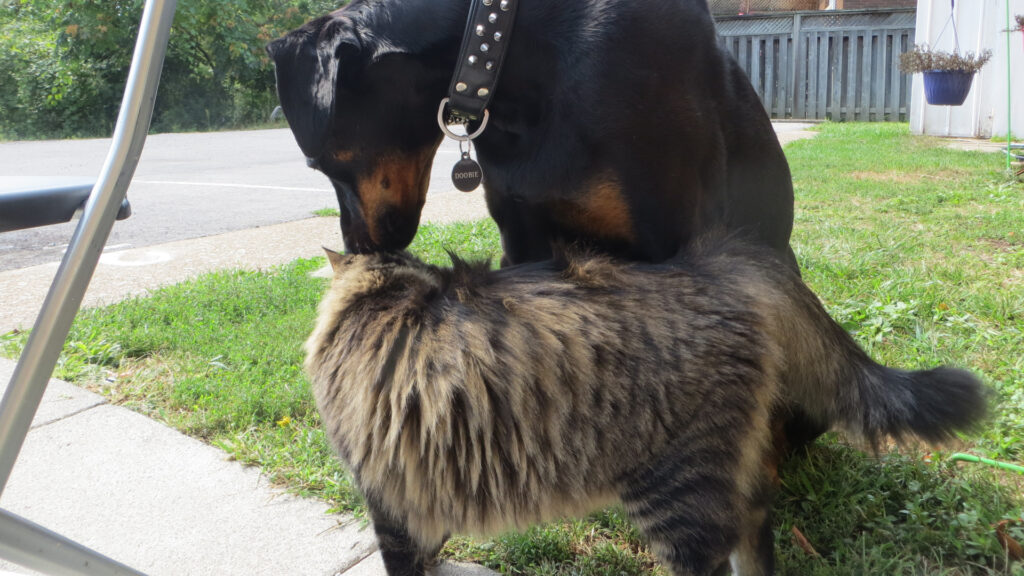 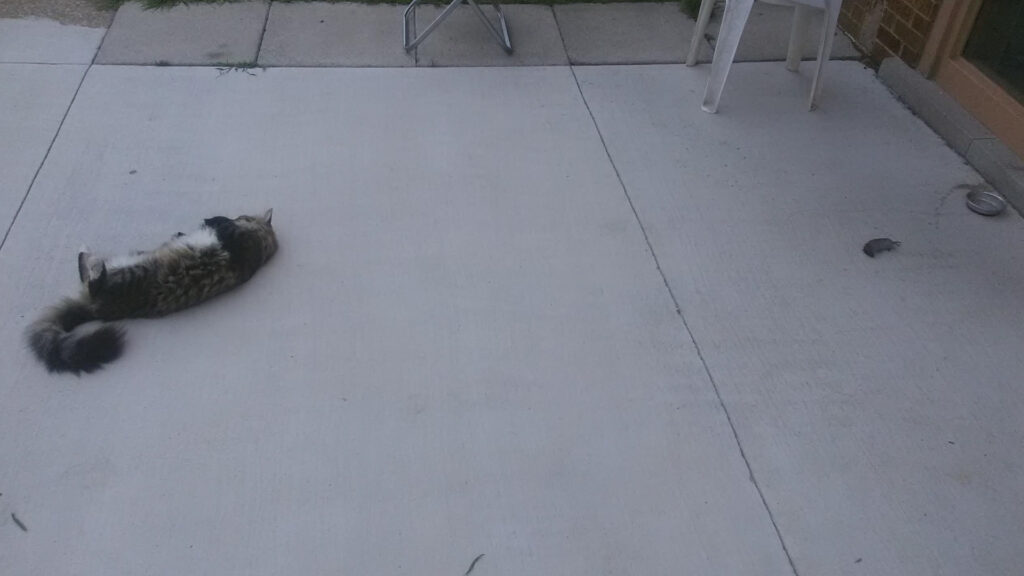 Writing outside keeps me focused, especially when the words are hard to find, and my initial enthusiasm has run out. I don’t pretend to be disciplined. It’s hard to write for long at my desk inside the apartment. I haven’t the strength to resist distractions. I take too many breaks to wash the dishes, or sort the recycling. I go on the internet to check my email, or read Twitter, and before you know it, I’m watching videos of people with no clothes on. Making lunch means turning on the TV while I eat. I’ve DVR’d a dozen old movies from TCM. After watching twenty minutes, I tell myself I might as well watch to the end.

But outside, the distractions are gentler. Less time-consuming. Doobie wants a little petting, or Sammy’s dropped off another trophy, or I pause for a sip of water. Each of these only takes a moment. I flex my hand to wring out the soreness from clutching the pen, and I settle back into writing.

I don’t know what my next writing space will be, but I trust myself to recognize a good spot when I find it. I only hope it’s someplace bright enough to see the lines in my notebook, and there’s the occasional animal wandering by to remind me I’m not all by myself. Wherever it may be, I’m confident I’ll continue to get good work done.

Chris Kuriata lives in, and often writes about the Niagara Region. His short fiction about elderly poisoners, home-invading bears, and whale-hunting clowns have appeared in many fine publications in Canada, the US, the UK, Australia, New Zealand, South Africa, and translations in Japan.