Kim Jernigan: “Latin Class” is an elaborate joke, the humour a consequence of the Latin teacher’s pretense of secrecy and of the exaggerated importance given to the pluperfect, a little recognized grammatical form. The poem relies on the style as much as the punchline for its effect. To what extent is the voice in the poem your younger self? Did you become a teacher? If so, what subject?

Kieran Egan: I often find it hard to persuade people that poetry is as much a form of fiction as it is of auto/biography. I am surprised that some readers assume that poems are “true” in some literal sense, whereas I think of them primarily as exercises of imagination. I once wrote a poem describing “my” grandfather as a Nazi officer, and I was astonished that even people who had long known me assumed I must have had a Nazi grandfather!—which  I don’t and didn’t. In the case of “Latin Class” I never had such a teacher, though, of course, wished I had. In fact, the Latin teacher I remember best was one of the dullest and driest of my school years. The narrator I think is less ‘me’ than a generally imagined reader, such as yourself and readers of The New Quarterly. It’s a generally sane person, I imagine.

I grew up thinking I would be a priest, and did indeed attend a Franciscan Novitiate for six months, in England, but then left, and did some teaching, and then took a teaching certificate program after completing a B.A. in History. Instead, though, I went to Stanford, and then Cornell, universities in the U.S., to do a Ph.D., and became a professor of Education at Simon Fraser University in British Columbia.

I suppose some familiarity with Latin does tend to make one more consciously aware of how English works, so I suppose I ‘use’ it all the time in that indirect sense. I did once share a flight in Asia with a priest, and the only language we had in common was a smattering of Latin. That’s the only practical use of it I can recall.

Kim Jernigan: Have you had opportunity of late to use the pluperfect? The context? Or can you give us a sentence in the pluperfect (for our readers: the pluperfect is an adjective denoting an action completed prior to some past point of time specified or implied, formed in English by had and the past participle, as in “He had gone by then.”)

Kieran Egan: A joke in the poem, which it seems very few readers have ‘got’, is in the penultimate line of “Latin Class”, where the narrator says “I had maintained”, which is a pluperfect. Some readers have suggested I correct it to “I have maintained”, suggesting that maybe the joke is too subtle for people who today are not taught much in the way of English grammar, and certainly not in the context of also learning Latin grammar.

Kim Jernigan: Have you collected any other languages down the years?

Kim Jernigan: What is the book you’ve read most recently?

Kieran Egan: My wife passed along the recent Hillary Clinton and Louise Penny thriller, State of Terror, which I enjoyed. And I also had to read the final printed version of my own comic campus thriller novel Tenure (Edmonton: NeWest Press, 2021).

Kim Jernigan: A friend just sent me a list Dad (the Nick Blatchford for whom the contest is named) once made of essential books. What would be on your list of essential reading?

I really don’t know how to answer this. Everyone has different needs and interests, and I’m not sure the books I could call to mind would help anyone else. I suppose such a list might suggest something to maybe try, but I’m not sure. Putting Ulysses in wouldn’t help anyone, I suspect. Though I’d add Musil’s The Man without Qualities. And Philip Larkin’s Collected Poems. But though they may be essential for me, they might not for many others. 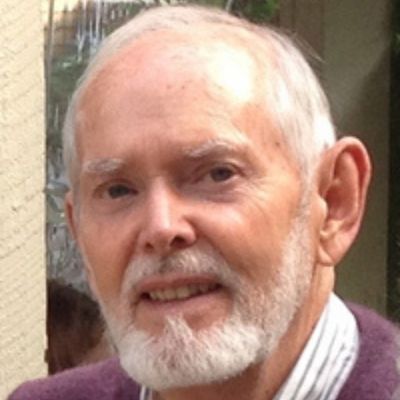 Kieran Egan lives in Vancouver, B.C. His novel, Tenure is to be published by NeWest Press in 2021.