Perhaps I am an intuitive poet who doesn’t really want to know exactly how she does it.  Even if, at times, a poem doesn’t come easily, it always seems miraculous:  to begin, to carry on and then to find an ending.

In my early thirties, I wasn’t writing much poetry even though I had thought of myself as a poet since my twenties, and had written some poems, usually in free verse.   It was then, in seeking to find that comfort which writing brings, I turned to the American poet Richard Hugo’s The Triggering Town.  Because it was a library book, I made notes from some of Hugo’s essays on writing poetry. 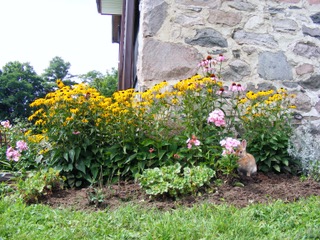 I jotted down Hugo’s description of the process:  “A poem can be said to have two subjects, the initiating or triggering subject . . . which ‘causes’ the poem to be written, and the real or generated subject, which the poem comes to say or mean and which is  . . . discovered in the poem during the writing.”  For Richard Hugo, his triggering subject could be a “small town” about which he knew very little but for which he felt some kind of affinity.   He goes on to say that the triggering subject must become weaker and your allegiance to the words stronger.  “The poem is always in your hometown but you have a better chance of finding it in another.”

In those days, I’m not sure I understood what Richard Hugo meant.  Looking back now, I believe I got some of it, at least.  Once, I wrote a poem in which I referred to making beds as singing.  The bed making took place in an old summerhouse belonging to my husband’s family.  The house itself and my experience of it was the beginning of many steps I took to find my own “obsessions” as a poet.

This apprenticeship stays with me.  I borrow much that isn’t mine by birth—another’s childhood, the unfolding of hepatica in a Southern Ontario spring, a 19th century barn—all of which, and more, continues to be my way in.