To pay homage to my father, it had to be a poem. He loved poetry. He loved the rhythm, the words, how the substance of poems spilled grandeur into the quantitative world where he worked to keep his family in the black. He was a banker, small B, with a passion for language, literature and music and my mother and us.

After that, the poem wended its way like a navigator who, to the frustration of Ms. GPS, likes a back-road ramble.

I’d been reading The Art of the Poetic Line, by James Longenbach, and with these heady revelations zinging around my head, explored line endings on verbs and verbals, pretending the movement of a car picking its halting way into unknown territory (like the enjambed next line). I tried to capture the zen of nostalgia, at odds with the crisp Ms. and her commands, everything cannonized by happy memory: leggy lilacs, a sideboard from Victorian farmhouse vernacular, laundry on the line. 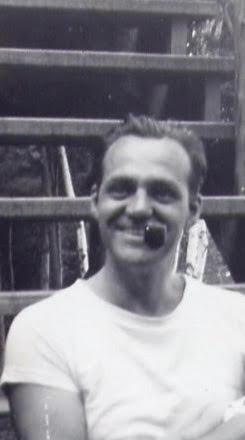 I’d been recently admiring short sentences after reading Several short sentences about writing by Verlyn Klinkenborg, so I tucked in two of them after several sentences of mixed length. The turn in the poem is cleaved between them, with a deep dive into personal memory, graciously invited by the mandate of The Nick Blatchford Occasional Verse Contest.

And Dad, of course, sang in choirs his whole life, bass. Basso Profundo as required. And he made those little knotted-corner hankie caps for us and played the pirate, among other dramatic personae, and created laughter as often as he could.

I noticed that the shape of the poem on the page began to bulge when I plunged into the personal memory penultimate to the ending. I decided that that could stand, reflecting the space of an actual turn, a safe U turn. And it kept the poem to one page, too.

I had a friend who’d lost her own father before I did. When Dad died, she foretold that I would find myself weeping at the oddest things, for years. Like white, white squares of cotton fluttering on a clothesline. Hankies. Right she was. 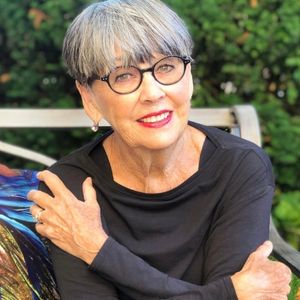 Callista Markotich, a retired Superintendent of Education, is grateful for every Safe U-Turn. Other poems appear in Grain, Prairie Fire, Riddlefence, Nashwaak Review among others.

Photo by Filip Mroz on Unsplash