“Humanity’s Wing,” my story in the current issue of The New Quarterly, is set in the Humanities Wing at the University of Toronto Scarborough, the building that has served as my teaching and creative home for the last nine years. The Humanities Wing, along with the Science Wing, forms
the Andrews Building, which, when it opened in 1966, was one of the largest concrete buildings in the world.
I find the work undertaken in this building inspiring and sustaining, and I find the building itself endlessly fascinating to wander and explore. It was this combination of affection, inspiration, and fascination that, when confronted with the reality of Trump’s prototype border walls, spurred me to write “Humanity’s Wing.”

Given how prominently the building figures in the story, I wanted to supplement the piece by sharing some photographs of, and reflections on, five features I value about this Brutalist beauty.

1. The Texture of the Walls

I am always struck and transfixed by the signs of the labour that went into constructing the building, the traces of the wood moulds and faded scribbles. I also love the way you can frame sections of the walls with your eye and reveal a range of stunning images. This photo includes rich knots of wood, and, to my eye, a supine/prone duck-rabbit.

What do you see? 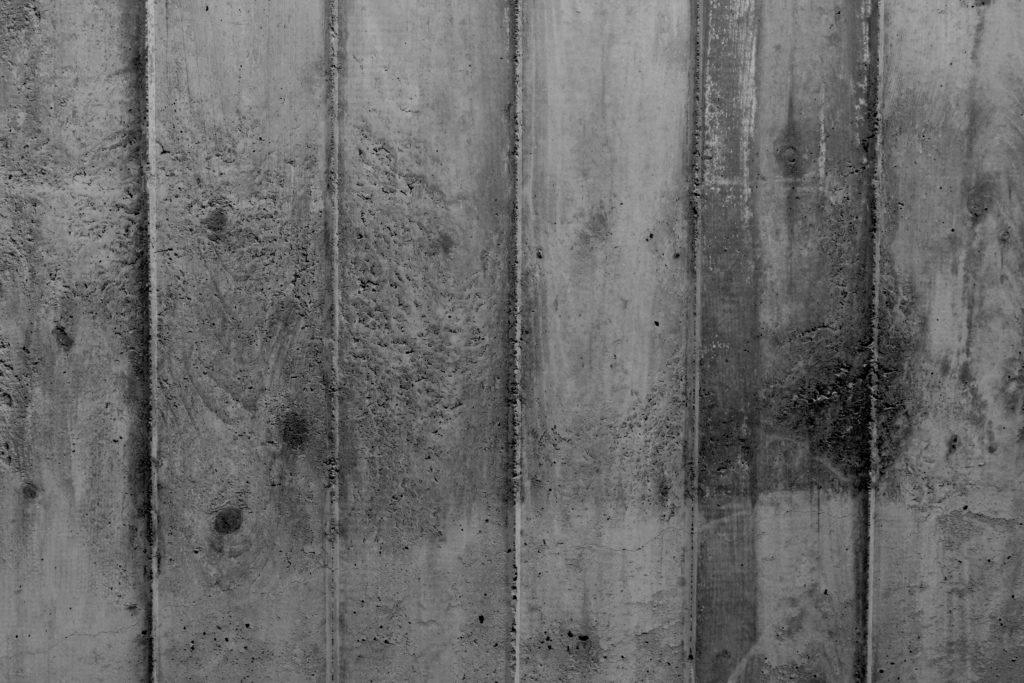 2. The Inter-Connected and Escher-Like Halls

Designed to function like a sort of open city, with the halls like balconies opening above and below other halls, the Humanities Wing comes alive with the activity of students and staff, conversing and working. However, one downfall of this design is the halls are not as connected as they might appear. For example, the third floor classrooms visible from my hallway are not actually accessible from my hall. Many panicked students, late for class (or looking for a bathroom), have knocked on my door, desperate for help. This shot, taken from the fifth floor, captures glimpses of the fourth and third floor hallways. 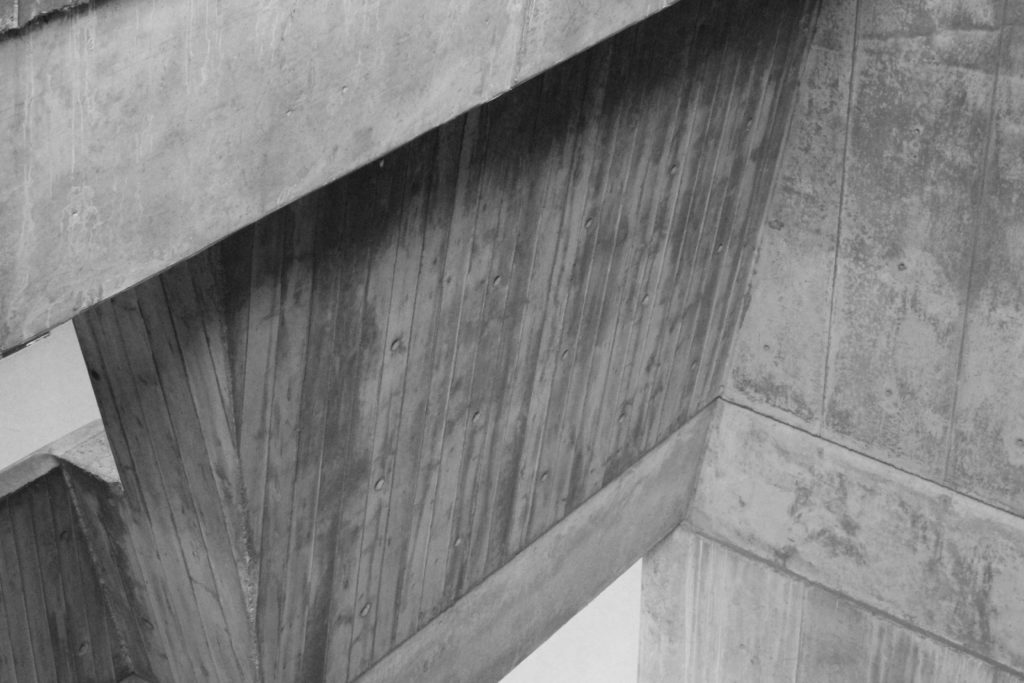 3. The Way the Building Takes and Shapes Natural Light

The skylights fill the Humanities Wing with natural light, and the building, in turn, does all sorts of magical and menacing things with this light. One step down the hallway moves you into a soothing ray, while another may enact a Dr. Caligari-esque estrangement. 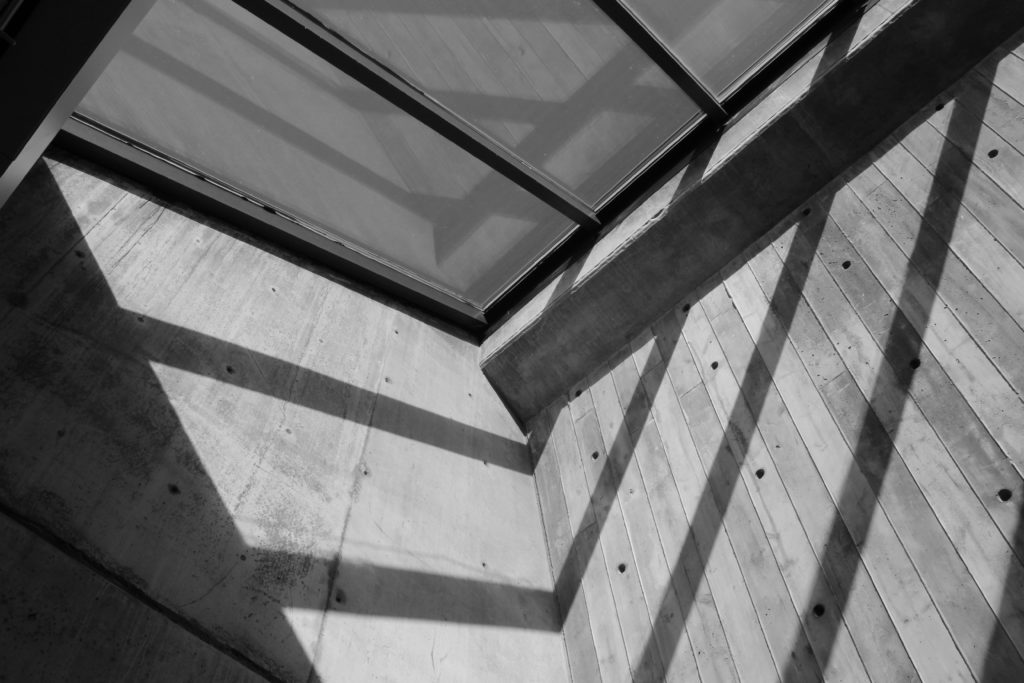 4. The Many Film and Television Productions Shot in the Building

As a movie junkie, I love the cinematic quality of the architecture and, in turn, how often the Andrews Building appears on the big and small screen. It has served as everything from a post-Apocalyptic prison in the Resident Evil series to a Martian earth base on The Expanse. My two favourite personal connections are: my office window being visible in an oft-used establishing shot of UTSC as FBI HQ in Hannibal and the time Denis Villeneuve, while shooting Enemy, had my office door covered with a false wall for three days (sadly, despite my sacrifice, the scene did not make the final cut).

Pictured here: a Humanities Wing stairwell or the portal to the mother ship? 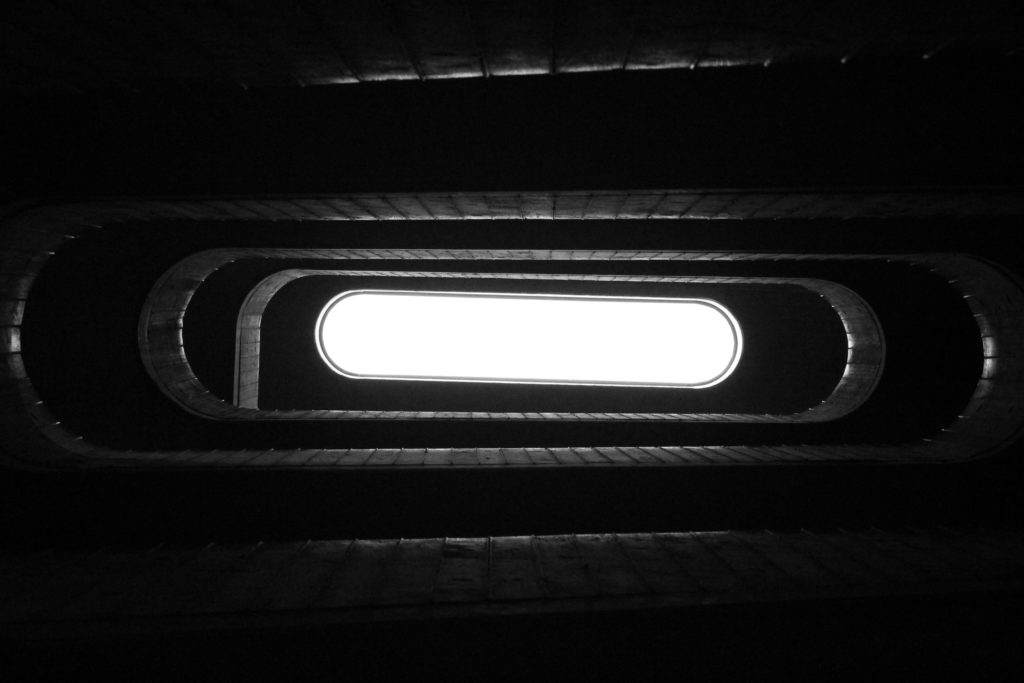 5. The Openings on the Outside

The Rouge Valley surrounds the building and the many windows open up on striking and hypnotic flashes of nature. 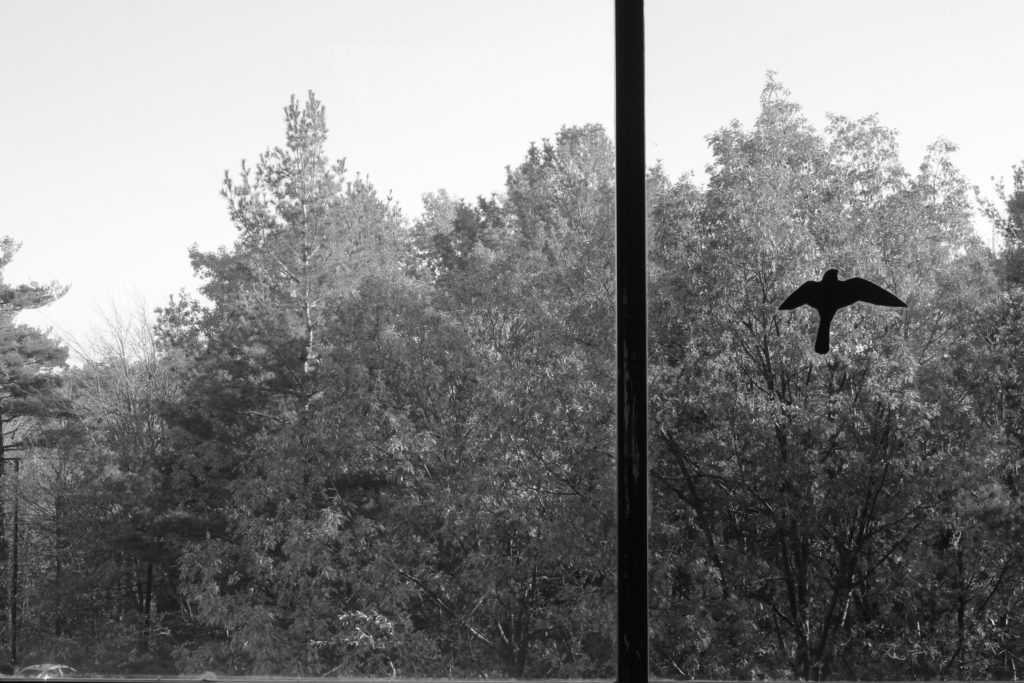 Bonus. The Strange Flies in the Bathroom

These weird, tiny flies have infested the lone stall in the fourth floor bathroom. I feel a real affection for them. I think it’s because of their ornate wings, and the combination of the ephemeral and the enduring they manifest. One time, I walked in on a custodian trying to eradicate the flies, scrubbing down the stall and spraying cleaner into the drain the flies call home. I am happy to report they survived and flourish. 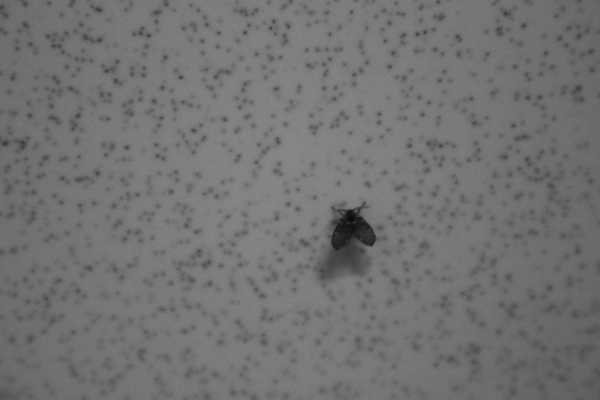