But I knew in my heart that it was for a better future, one that would be bright and hopeful, safe for us and our little family.

I was at Beirut International airport at 5:00 am on April 20th, 2005. As the sun peeked through the long glass windows reflecting the beginning of a usual morning in Beirut, I thought how unusual this morning was for me. I have been feeling numb in the past few weeks while packing up my life to immigrate to Canada with my son Rami. We were to join my husband Bassem, who left six months earlier. My mother, Aniseh, grabbed my left arm with a strength so familiar, directing me this way and that way until we reached the lineup to airport security. I took another look to my right and noticed the spring morning dew falling on the long glass window. I wondered if those were my tears.

I noticed people around me rushing, some smiling, some yawning, and some tearing up as they bid farewell to loved ones. I still felt numb. It had been my defensive shadow, as I rearranged my 35 years in a few suitcases. I thought about the time when my husband was applying for immigration to Canada. I told him, “I hope we won’t be accepted; it will be the saddest day of my life when I leave Lebanon.” But I knew in my heart that it was for a better future, one that would be bright and hopeful, safe for us and our little family.

My mother’s voice carried me back to the present, whispering in my ears. “We are not going to cry, OK?” I wondered if this was a question, a statement, or a plea. My two-year-old son’s excitement grounded me as I engaged in the smallest joyful details of his life and I decided to hold my tears. He has been looking forward to reuniting with baba Bassem, to ride on the big plane and fly to Canada.

As my turn to reach airport security approached, I looked back at a life so sweet, a life surrounded by family love, friendships, neighbours, a life that has taken a long time to shape into what is now going to fade into past.

Both my parents had come to Lebanon as refugees from Palestine; and for the longest time I have struggled with a dual identity, both thriving and barely surviving. Both caught up in complex religious and political conflicts. I had tried to delay the decision to leave Lebanon for as long as I could. Until one day on February 14th, 2005 as I headed out during my lunch break to pick up a parcel that Bassem had sent me, the earth suddenly shook under my feet.  I heard security guards of the British embassy, where I worked, calling me to run back inside. In those swift seconds in time, and before I was rushed back in, my mind raced with thoughts of running away to my in-laws to make sure my son Rami was safe at home, that my mum was okay at work as well as my sister, family, friends and my neighbours.

Later, news announcements confirmed that the explosion had killed the Lebanese prime minister and members of his convoy who were passing through the area where I had been heading for the post. My mum, sister, family, friends and neighbours were spared their lives.

The uncertainties that Lebanon was going to face following the assassination of the prime minister were not difficult to predict. And thus, the time to escape had come; if fifteen years of civil war followed by constant political and economic unrest weren’t good enough reasons, having a child and wanting the best for him, changed my whole outlook.

I hug my mother and sister, and I don’t cry. I turn my back and leave Lebanon.

Up in the air, my tears mourn every Mediterranean sunset I have witnessed, every mountain hike I took, every career stone I built, my music, my journey that embraced a Lebanese identity which I have resisted for so long. I realized many years later, that my identity is still a work in progress, one that constantly weaves places, faces, land, oceans, and countries. 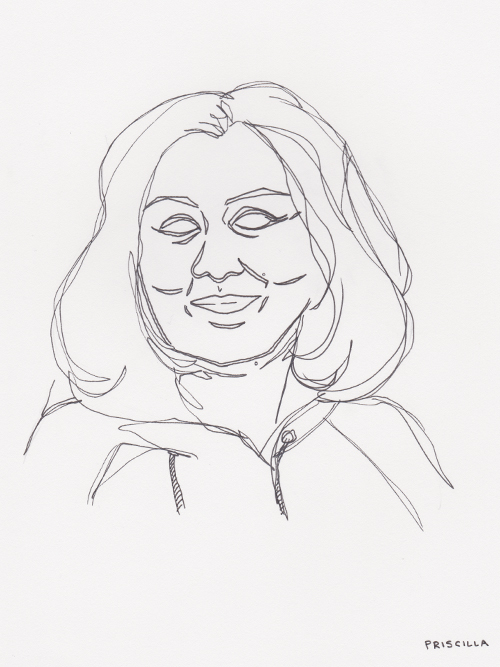 I am Lebanese, Palestinian & Canadian. I came to Canada as an immigrant in 2005. I live in Ontario with my husband, two teenage sons and Leo, our adorable cat. Love, relationships, storytelling, culture, identity, humanity, justice and nature are values that I thrive on. I enjoy many things, including baking, taking long walks, listening to music, reading a good book, sunsets, and all the things that connect me to my roots and culture. I have worked in the settlement sector with refugees since 2011, a career that has added to my humanity more than I could ever give back. I will always yearn for the salty Mediterranean sea. That’s me.