For one five-hour stretch, there were almost no signs of civilization—no gas stations, no restaurants, no tea houses, nothing. It was just me, my parents, my brother and the desert.

I grew up in the 80s and 90s in Iran. My parents’ travel methods were basically focused on road trips because they wanted my brother and I to see and feel our diverse country and culture in a tangible way. So instead of flying to our destination we drove there. We would swivel around in our seats and watch landscapes transform through car windows. We would stop on the way and visit historic sites. We socialized with local people with different dialects or languages, different outfits and customs. We would taste regional food, sweets and savories that we weren’t used to eating at home.

“The trip is not just about the destination. It’s about the journey,” my father always said.

One of our regular road trips took place in summer. We would drive from Tehran, where we lived, to Birjand, my father’s home town in the eastern part of Iran, near the Afghanistan border. This was a distance of more than 1,200 kilometers.

The trip would take us twelve hours and for most of it, we were driving through The Lut Desert.  For one five-hour stretch, there were almost no signs of civilization—no gas stations, no restaurants, no tea houses, nothing. It was just me, my parents, my brother and the desert. If we were lucky we might see a car or a truck pass us every one or two hours.

This area is remote. It is so remote that the United States chose to secretly land helicopters here in their failed 1980 operation to rescue US embassy hostages. We learned about this failed operation in school, how the sandstorm caused difficulties for the Americans and made them turn back. But I was usually the only student in my class who actually saw the area and this made me feel important.

There were other routes my father could have taken, routes that didn’t go directly through the desert but my father preferred this one. “It is a short cut and will save us two hours” he would say. But now I think the main reason was that he liked the emptiness of the desert to escape from the hustle and bustle of the cities. I liked it too.

Back then there was no iPad to watch a movie or play video games. I couldn’t read a book as I was prone to motion sickness. But I was never bored of watching the desert. Hours went by in silence. There was just the sound of the road beneath the tires. No matter which direction I looked, all I could see was sand. The wind would blow the sand into the air where it would briefly dance and then fall. This cycle would repeat again and again. The road shimmered ahead of us almost like there was water on the surface. And in some parts a light blanket of sand would cover the road.

We drove at a fairly high speed but it seemed as though we weren’t moving. Every stretch we passed looked exactly like the one before it. My brother and I sometimes would sit cross-legged on our seats, facing backwards, leaning on the back of the front seats. The car rear window functioned like a TV screen for us. “Look! It’s like a snowman,” my brother would say as he was pointing to a fluffy cloud in the enormous blue sky above us. And I tried to follow his finger’s direction. We played this game for hours which most of the time ended in a fight.

My father’s whole family lived in Birjand. My brother and I would be excited about this annual trip because we enjoyed visiting our aunt and uncle and playing with our cousins for a full month. But there was a big issue with these road trips. Our car.

My father owned a Paykan, the first Iranian-made car. The design of the Paykan looked like a Hillman Hunter vehicle produced in the UK in the sixties and seventies. But all of the Paykan’s parts were made and installed locally. My father was a nationalist. He was all about supporting nationally-made products. For as long as I could remember foreign brands of tea and rice were forbidden in our home. My father believed that we should support our local farmers and producers no matter what the quality. And this extended to our car.

The Paykan didn’t have air-conditioning. Imagine driving in the Lut Desert, where in the middle of the day temperatures reach to 45 degrees Celsius and even higher, for ten hours without air-conditioning.

My brother and I would roll down all the windows letting the air blow through every opening in the car but we were constantly hit by the hot air pouring in. My mother would try everything that she could think of to keep us cool.

She would hang a wet cloth on her open window so that when the wind blew through the cloth, we would feel a cool breeze in the back seat. But before long the cloth would get warm and so after a few of these road trips she became more creative.

A few nights before our trip she would fill empty yogurt containers with water and freeze them. She kept these ice packs in a blue Coleman cooler underneath her feet and during the road trip, she would wrap the ice packs in a plastic bag and a thin towel and hand them to us to put on our heads and bodies.

Everything would get sticky in the car with the heat. My neck felt slick with sweat as did my forehead. My hair stuck to my scalp and my thighs would make sounds when I tried to unstick them from the seat.

Thanks to our ancestors there were still abandoned cisterns on the roadside. They were our getaways before we lost our minds in the heat. My father pulled over when we saw one and my brother and I ran inside the cistern and went down the stairs. After the first few steps down there was no trace of hot weather at all. It was cool and pleasant. We played around while my parents drank tea or lay down in the shadow of the cistern wall. Then we resumed the trip once again.

We complained a lot about the car and asked my father to buy one that had air-conditioning. But he would always say, “No, we need to support our national products.” He never bought another car until production of Paykan discontinued.

The years went by. My brother and I grew up. The family road trips got less and less as we found our own friends to travel with. We then both left Iran for university and started exploring the world.

In 2014, a decade after my last trip to Birjand, I found myself in the Lut Desert on the road toward my father’s hometown. I wanted to show my husband my roots. Or maybe I wanted to remind myself.

“Can you turn off the air-conditioning?” I asked my husband. He gave me a weird look but he turned it off.

I rolled down the car window and closed my eyes. l heard the tires on the road. I felt the heat slap my face. I smelled the sand and tasted the salt.

I saw my father tying a damp cloth around his neck and drying the sweat dripping off his face.

My mother stretched her sunburned hands towards me on the back seat and fanned me.

My brother sleeping peacefully beside me, a cap protecting his face from the harsh rays of the desert sun.

“What is it?” My husband asked.

No words could express what I was feeling and what I was remembering. 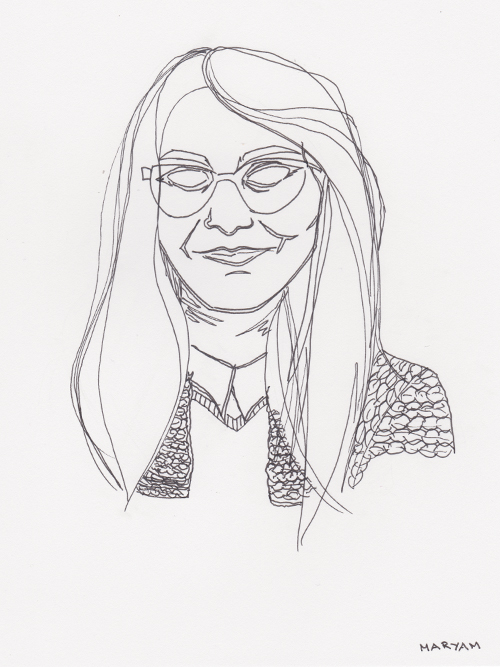 Maryam was born in Iran and immigrated to Canada in 2014. Her first book, Dear Baba: a story through letters, was published in 2019. She’s always willing to try something new and never says no to an adventure.