The cars looked like ants crawling along the road. Every time the plane dipped I was sure we were going to crash.

The glare from the lights in the airport terminal hurt my eyes and the noise my ears. So many people were jostling, pushing. My eyes were sticky with sleep. I pulled at the elastic under my chin that was keeping my brown felt hat in place. The hat was soft but the elastic pinched and pulled. I wanted to take it off but Mutti said I had to wear it.

That morning in Vienna, Oma, Tante Ella, and Tante Inge had all come to see us off at the airport. That must have been a long time ago because when we arrived in Canada it was nighttime. Two years earlier we had flown from Canada to Vienna, but I couldn’t remember that trip even though I was five. On this flight I got to sit by the window and was surprised when the houses below grew smaller and smaller until they looked like the Lego pieces I liked to play with. The cars looked like ants crawling along the road. Every time the plane dipped I was sure we were going to crash. I held onto the arm rests with all my strength as if by the sheer power of my will and my prayers I could keep the plane in the air. I was also afraid I was going to throw up. But I never did.

Luise is my older sister, seven years older, and back then she could be bossy and mean. When we walked off the plane, she was carrying my baby brother, Heilala. That’s not his real name but he couldn’t say Hilary so we said it that way. He wasn’t actually a baby anymore either. He was going to be three soon but he still liked to cry a lot.

I was holding my brother Peter’s hand to make sure I didn’t lose him. He was five and very quiet, not at all like Heilala. We shared a bed at Oma and Opa’s and sometimes it was warm and wet in the morning. Mutti promised I would have my own bed in Canada. Peter was the reason we left Canada and went back to Vienna for two years, or the reason Mutti gave in any case. I know now that she was very unhappy in Canada, stuck in a small apartment with four young children only one of which was in school. She couldn’t speak English and had little opportunity to learn. Peter did get very sick the first time we came to Canada with something called croup. He would wake up at night coughing and not able to breathe. Mutti would take him in the bathroom and turn on the hot shower to make it all steamy. Sometimes the doctor would come. Sometimes they had to take him to the hospital by taxi. Twice he almost died. Mutti read that a change of climate helps so we went back. He only got sick once in Vienna so I guess it worked. Vati had stayed in Canada to work and make money.

Mutti had finished talking to the man in the uniform, showing him our passports. We walked through a set of huge sliding doors and there were more people behind a shiny railing. Luise became all excited yelling, “There’s Vati! There’s Vati!” Peter caught Louise’s excitement, let go of my hand and ran after her. I looked and looked and looked but could not see Vati. I had forgotten his face! I no longer knew what Vati looked like. How could I have forgotten? Everyone said I was a Daddy’s girl. Mutti liked to tell the story of how at not even six months old I would raise my bum up and down as soon as I heard his voice, wanting to be picked up. There is a picture of us taking a nap together when I am two, him lying across at the head of the bed, me between the headboard and him so I don’t fall out. I was ashamed that I had forgotten him. All the men’s faces looked the same to me. And then he was standing directly in front of me. He was tall and white-haired. He didn’t say anything. Maybe he was quiet like Peter. I did not know what to say or do. I hung my head in embarrassment. I noticed my shoelace was undone. Grateful I had something to say to this stranger, I looked up at my father. “Vati,” I said, “will you tie my shoe?” 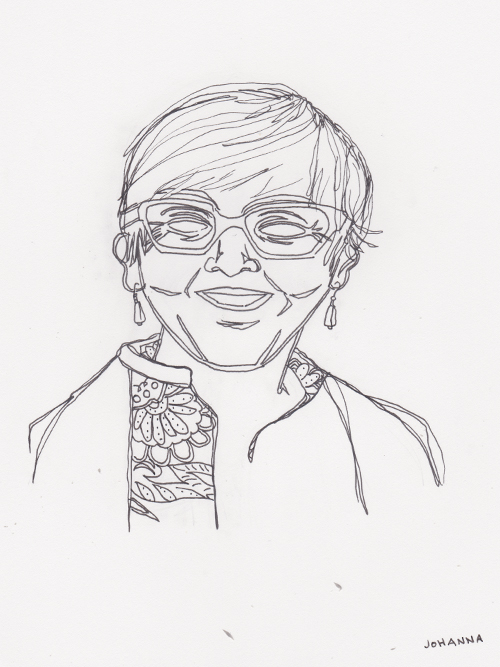 Becoming a Canadian citizen at age 14 was my third citizenship. My siblings and I were born on three different continents. My parentage is Austrian and my heart is Canadian. Now retired from a career as varied as the countries I have lived in, I volunteer and support, write, create, and continue to travel.