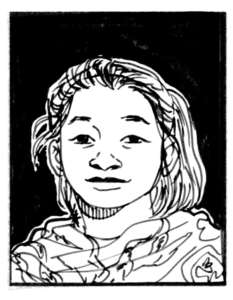 In the fall of 2004, I was sitting in a car with a kind young man from our church, named Ryan Hughes. He was about to start work at a group home and needed a police check. I had gone with him to pick it up at the police station in Cambridge. He wanted to thank me for accompanying him by buying me dinner. He asked where I would like to go.  We were sitting in the parking lot because I just couldn’t make up my mind.

Ryan interrupted me by saying “No. No. I am treating you. Don’t worry about what I like to eat.”

“Do not worry about the budget. We can go to any restaurant that you like.” Ryan said with a smile.

I thought to myself I can go to any restaurant that I like?

I was feeling special, encouraged but also very skeptical at the same time. I asked him, “What do you mean? What if the restaurant that I would like to go to is very expensive?”

Ryan repeated patiently, “I will take you to the restaurant that you really like to go to and do not worry about anything else.”

“I like Japanese food, especially sashimi, the one with raw fish.  I had wanted to try Sakura Island’s food for a while but it is expensive.” Ryan had a bright smile on his face and he quickly said “Let’s go there then.”

In Sakura Island, we were seated in a booth that had two panels of curtains draped from the top but the other customers could still see the lower half of our legs. It almost felt like a private room. I was sitting facing Ryan and my back was to the wall. He encouraged me to order everything that I wanted. We both had smiles on our faces.  He was so patient, so generous, and so kind.

This year will mark our Thirteenth Anniversary.

Three children later, we still go on our weekly dates. On our dates, yes, he still opens the car door for me. Yes, he still helps me with my coat during the winter. Yes, he still pulls out the chair for me when we go out for dinner. He still gives the best hugs. It feels so gentle, so heartwarming, so safe in those strong arms. A man who I will say yes to in a heartbeat.

An angel that God has sent to rescue my insecure heart, to help me to love being who I am. 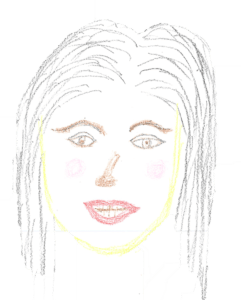