The Piano Teacher
by Pooneh Torabian 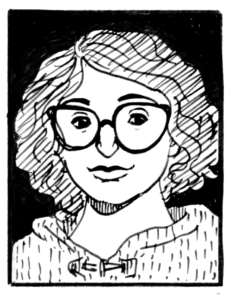 Among all the piano teachers I have had in my life, Ani was the one I learned the most from and the one I could relate to the best. There was something about her. She had such a calming presence that I always felt comfortable when sitting in front of the piano in her huge room. Soon I developed a special relationship with her. Ani was not only my piano teacher, she became my friend. I was nineteen and she was only five years older than me, and that might have been one of the reasons I felt so connected to her. Ani was like an older sister that I never had.

Two years after I started piano lessons with Ani, she decided to leave Tehran to study at the Conservatory of Yerevan in Armenia. This was a sad day for me. Not only was I losing a wonderful piano teacher, my friend was moving far, far away. I vividly remember our last class. It was so hard for me to say goodbye and leave her house. She gave me two gifts, a wooden hair pin and a round wooden necklace. I still hold them dear and treasure them after all these years.

Ani introduced me to another piano teacher. After having a few sessions with her, I decided not to continue as I was constantly comparing her to Ani. I stopped playing the piano. Eventually in 2009 my parents, sister and I moved to Canada and I lost touch with Ani.

Fast forward eight years; I was living and working in Toronto. One day, I did not feel like eating the lunch I had brought from home. I suddenly had a craving for the food I’d had at a Vietnamese restaurant on St. George Street. I felt guilty going to a restaurant when I had a perfectly good lunch, but I did it anyway. I had an hour for my lunch break, so I decided to take a walk to the restaurant. It was a windy day in late February.

The restaurant was far busier than the previous times I had been there. As I was waiting to be seated, I looked around at the tables and noticed that most of them were full. The waiter asked me to follow him and we walked towards the end of the restaurant. He pointed at a long table where people were sitting and eating, and asked me to take a seat somewhere in the middle. When I eat in restaurants, I prefer to sit at a corner table or at least at a table set by the wall. The last thing I want to do is sit with people I don’t know in the middle of the restaurant. I reluctantly sat down and waited for the waiter to return so that I could ask for another table. After a minute or two he slid a teapot and a small cup in front of me and left so quickly that I did not have a chance to ask for another table. As I was pouring myself some jasmine tea, I glanced at a woman who was sitting across from me. She looked familiar, but I could not recall who she was. She was deep in her thoughts and was holding her cup with both hands. I could not fully see her face, but suddenly I knew who she was! That burgundy hair!

“Yes?” she replied, looking around for the person who had just said her name.

I felt my face flush, it was Ani! I could not believe my eyes, “Ani! Do you remember me?” I asked cheerfully.

She narrowed her eyes and looked at me. “I do! I just don’t remember your name.”

“Oh, Pooneh! What are you doing here?” she asked with surprise.

And from there we talked until my lunch hour ended. We exchanged phone numbers. It turned out Ani had moved to Canada just a few years ago and was living in Toronto with her husband and two kids. We continue to speak often.

I was amazed that life brought us together thousands of kilometers from where we  were both from  What were the chances? I will always be grateful that I decided not to eat the lunch I brought from home that day. And I trust now that the world is not so big after all. 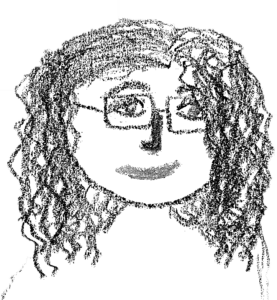