A Day at School
by Amna Kulsoom 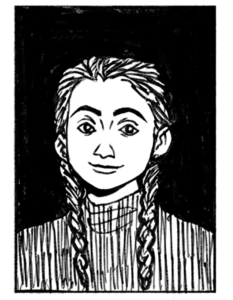 It was a bright sunny morning of July. My mom had woken me up for the school. ‘I don’t want to go to school,’ was the first thought that came to my mind. I got out of bed and went to the bathroom. The situation in my city, Quetta, Pakistan, was dreadful due to regular bomb explosions and shootings, happening by the “unknown people” called terrorists.

As I was getting ready for the school, I heard my mom turn on the television to a news channel. All I could hear on the news was “40 people died due to a bomb blast yesterday.” A terrifying sensation went through my nerves, and the constant thought of fear was on my mind.

At that time, everyone in the city was scared to go out of their houses. Our homes were considered to be a safe place, but life goes on, it does not stop. Children still went to school, people still went to work but no one knew if they would return home alive.

I got ready, wearing a short, dark blue dress with a pair of white tights, and had breakfast with my parents. I finished eating and went to put on my black sneakers with white socks, which was part of my school uniform. I saw the school bus approaching my house through the window. I walked to the door and waved at my mom and said goodbye. She waved back at me and then quickly turned around, as she wanted to hide the tears in her eyes. I walked with my dad to the school bus, sat in my seat and waved at him as I drove away to school.

As I entered my grade five class room full of colourful walls, paintings and posters, my teacher and the students were lugubrious. The bright colours of the walls were not bright enough to cheer them up. As the school day passed by and the time to go home came closer the students and the teacher felt a little relaxed. No one knew what was coming next. Five minutes before the last school bell everyone in the class started to pack up. There was an awkward silence in the class as everyone was thinking about going home, their safe place. The only sound I could hear at that moment was the tick tock of the clock.

The next sound I heard was “BOOM”.

It felt like the earth had been shaken and the soul from my body disappeared. All my classmates screamed and tried to get out of the class. My teacher immediately ran towards the doors and closed them, as the safest option was to stay in class. I was sitting and observing everything. I felt nothing but a motionless body. For a moment I thought I’d lost all my sensory perceptions as a continuous beeping sound in my ears irritated me.

The teacher calmed everyone and advised us to stay in the classroom until the situation settled down. Several questions were running through my mind: “What is the situation like outside?,” “Are there a lot of casualties?,” “What about the bus drivers and the parents outside?,” “What if there is another bomb blast inside the school?”

The sounds of an ambulance and fire truck broke these thoughts and the fear level increased. I looked around my class and saw the students crying. Some of them were crying because their parents were waiting outside for them, some because their parents’ work place was nearby, and some were just terrified by the attack. It was a total lock down in the school.

The anxiety level kept rising due to not knowing the situation outside — everyone was thinking about the horrible outcomes that could have occurred due to the attack. After long hours of waiting, we heard knocking on the door and my teacher went to open the door. She brought a small piece of paper with a name of one of the students in our class and said, “Your parents are here to pick you up, please go to the main office”. The teacher further announced that the school had informed our parents to come and pick us up, and that we would only be allowed to leave the classroom when their parents were there to collect us. We all relaxed a little. But the wait seemed never-ending. Finally the teacher called my name and told me to go to the main office. The stress was suddenly released. I was finally going to my parents and to my home.

The main office was overfilled with parents and students. I saw my mom and dad and ran towards them and hugged them tightly. My eyes filled with tears that ran down my cheeks. My mom kissed me in the forehead, as her own tears were falling from her eyes. My parents held my hands and took me to the car and we went home. Later I found out that there were injured people in the hospital but no deaths from the blast.

The school remained closed for the next three days, as it needed some repair due to the attack. After the three days, the school opened again, and we started going back to school with the same fear inside our hearts. 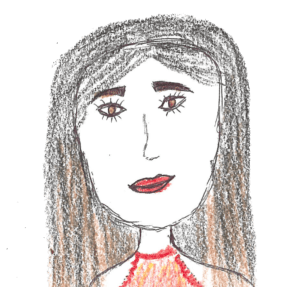