Sitting at the back of the classroom
by Umut Uzunel 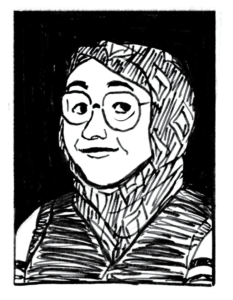 My name is Umut, which means ‘hope’. I always have hope about life even though things I never expected happened in my life story.

I was sitting at the back of the classroom where I didn’t belong. Nobody, including my dad who was a teacher, wanted me to come to the school because I was just five years old. However, I had woken up early and caught my dad before he left in the morning. He must have spoken to someone because I was allowed to sit in the back of the classroom. The teacher came to the classroom and begun to speak. In this room, there were 50 students who were seven years old. They all wore the same black school uniform. The only clothes that were different in the room were mine. But I had a notebook and pencil to take notes. I was muttering to myself: “Why don’t they accept me to the school as a student instead of a visitor, what was my mistake? I need to hurry to become a doctor so I can help people.” The teacher did not speak to me. No students spoke to me. Four months later, I turned six. The school committee registered me as a student, because I learned every single thing that was taught in the class.

Months turned to years, and I grew by both studying and working at my father‘s stationary shop. At age sixteen, I got a good score at the university entrance exam and was accepted to the school of medicine—as I had always imagined. I could help people after graduating from the school. In 2001, I got the tenth highest score on the national medical exam, and I started the residency to be an ophthalmologist, an eye surgeon. I became an ophthalmologist in 2005, and performed more than 10,000 eye surgeries…until I had to flee Turkey in 2016, leaving behind my husband who was in jail and my two daughters. But that is another story.

Now, again, I find myself sitting in the back of the classroom where I don’t belong, in my 40s, as the oldest student of the class, in Canada where I am trying to build my new life and a new identity, even if I cannot imagine it. I want to feel as if I am five years old, but I know I am not. If I had been here from the beginning, I could live here with my both soul and body, but, unfortunately, now, just my body is here. My soul left in the first part of my life. I don’t know how to deal with this unknown future, this unknown identity. Also, I don’t know how to abandon who I was, someone who helped rather than asking for help.

My name is Umut, which means ‘Hope.’ I never lose my hope for the future. My only wish is to be helpful for humanity in this new country, in this unfamiliar territory. These days, I am waiting for the time when my soul and body come together again. 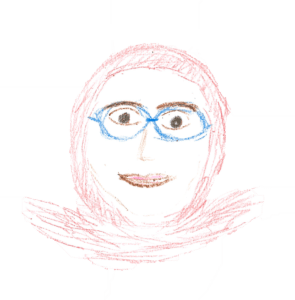