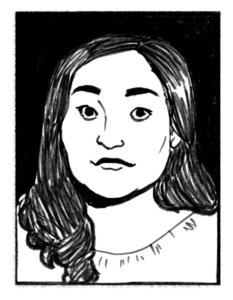 My mom and I studied for weeks. I wanted to be outside playing instead. I could hear my brother’s bike, the wheels whistling as he rode back and on forth on a single seven-foot cement path. She did not allow him to go outside that vicinity or else she would lose sight of him from our third-floor balcony.  It was summer and warm outside but our balcony was nicely sheltered by the shade of the big oak trees that stood guard in front. At that age I resented everything about having to spend this time with my mother.

The repetitiveness of going over every question, having to read the words then re-read them, then explain their meanings. She had to answer questions such as: how many provinces are there and what are their names, who was the first prime minister, what was his name?  Eventually, once she was comfortable we would move on to the answers, spelling letter by letter the words which made up the sentences.

I was thinking this must be how Mrs. Morgan felt.  Mrs. Morgan was my second grade teacher, a really patient woman. One who would always smile when she helped me read my library books, from the time when the words just looked like blotches of ink on a page.

Unfortunately for my mother, my face was not as pleasant. It was scrunched and distressed like I was experiencing some cruel voluntary torture. I could also see her irritation. Although, I confused it, thinking it was frustrations with me when actually it was with herself. We were studying for her to take a big test. If she passed, we would stay in Canada. We would no longer have the title of refugee.

To understand this challenge, you must understand that my mother does not know how to read or write, at that time not even her own name. As the youngest of eight siblings, her own mother having to weigh the value of the cost of books and school uniforms over the cost of feeding eight little mouths, she opted for survival.

Next question: what animal is on the back of the Canadian nickel?

“This is an easy one, Mom, it’s a beaver, B-E-A-V-E-R.” She looks at me confused and asks, “What’s that?” You see, beavers do not exist in the exotic jungles of Guyana. When I show her a picture of a beaver for reference, she giggles and compares it to the familiar mongoose that would run wild “back home.”  Back home everything was familiar to her, yet here she was desperately studying to remain in this unfamiliar “new home.”

But, I admit there were also perks to her illiteracy, like giving myself permission to go to every school trip. Or signing myself up for clubs she’d never heard of, and especially when I would read her my report card marks and altered some of the teacher’s comments to sound more complimentary than disapproving.

During visits to Dr. Chan’s office, as we sat in the crowded waiting room on uncomfortable plastic chairs, my mom would hand me the brown clip board, with a sharpened yellow HB pencil attached to it. I would begin to prepare myself, the way a stenographer prepares to transcribe in a courtroom.  I was the most dedicated nine-year-old transcriber you’d ever met.

I began with the first question on the page, “Name?” She snapped back, “You know my name, Nirvanie, write it down.”

Of course, I knew her name but I took my role seriously, and I wanted to show her how diligent I was. Instead, it backfired and I upset her. My mom didn’t share the same dedication as me when we were forced into role reversals. Instead of acknowledging her when we were with the doctor he would direct his inquiries to me. We both felt uncomfortable when we heard the sentence, “can you explain this to your mom?” Neither of us liked having to depend on me to translate, but neither of us had a choice.

The words on the page at the doctor’s office eventually became familiar to her, like most things do once they become a habit. Eventually she kept he clipboard with her and filled in her own name before handing it to me, “R-o-o-k-m-i-n-i-e”. Then her dedicated little stenographer would continue transcribing all her symptoms. Her everyday triumphs were so subtle that sometimes even they went unnoticed.

But this time was different, really different. I wouldn’t be there to transcribe or translate for her. She would be alone and surrounded by unfamiliarity.  All she had was the practice test that we gone over for weeks at the kitchen table, beside the balcony door, shaded by the big oak trees. Until, like muscle memory, she could memorize every letter and every word. Until, the day of the big test where she filled in her own name, and successfully circled every answer right. Until the day my mother, my brother and I finally became Canadian Citizens, a triumph too great to go unnoticed, by a woman too great to be called “illiterate.” 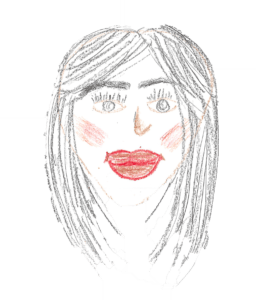